WI 'at home' among friendly fans in Florida 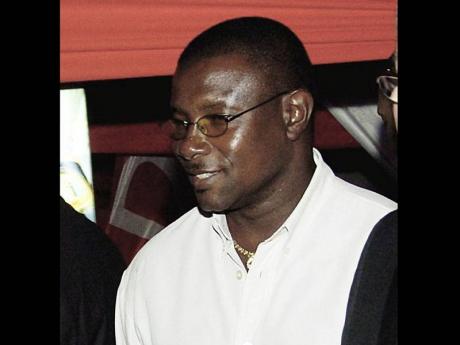 Richie Richardson said he believes cricket in the United States could be in for "something special" this weekend, when West Indies face New Zealand in the two Digicel Twenty20 Internationals here.

The former West Indies captain, now team manager, is expecting to see a lot of "familiar faces" in the crowd when the Windies embark on their American journey.

The Caribbean side is feeling "quite at home" among West Indian fans in the American state of Florida, as they prepare to face the Black Caps in back-to-back Twenty20 matches tomorrow and Sunday at the Central Broward Regional Park.

West Indies arrived in the United States on Monday from wet, chilly England and had their first full training session on a hot Wednesday morning at the match venue.

Several West Indians who live in South Florida attended the training session to see the team go through their paces under head coach Ottis Gibson.

After the training session, Richardson said the team was relaxed and ready for this historic weekend.

"It is great to see the game coming to America," he said. "We are delighted to be here and, as a team, we are looking forward to the matches this weekend.

"In our camp, everyone is geared up and excited. We have been very impressed with the facility - the practice pitches have been good, the outfield is in immaculate condition and the players are quite comfortable."

Richardson said: "This is an 'open' stadium and that is good for the game as the crowd will be able to move around freely and enjoy the matches at the weekend.

"We are hearing that the tickets are going fast, so we hope for a lot of runs and some good cricket as we try to boost the game in this part of the world."

Richardson, a West Indies batting legend, played 86 Test matches and 224 one-day internationals in an outstanding career which spanned from 1983 to 1996. He joined the Caribbean side as team manager in January 2011.

He noted that the players have interacted well with the fans and have felt the warmth and appre-ciated the good wishes.

"There are a lot of West Indians here and they are backing us to do well," he said.

"They have made their homes here in the United States and you can tell they have West Indies in their hearts. As a team, we really appreciate the kind words and we really want to win for them this weekend."

Richardson said: "People might not know it, but cricket is pretty big over here and this is a wonderful opportunity to win over more fans to West Indies cricket.

"This could be an added dimension to the game and could be the start of something new."