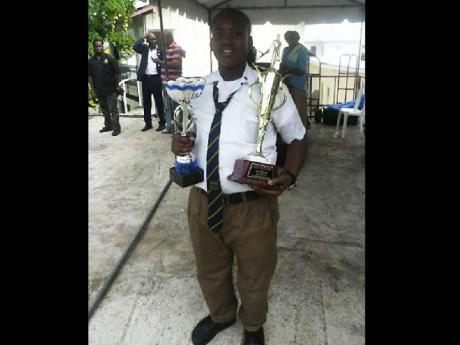 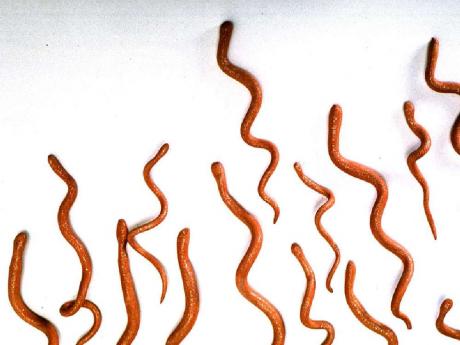 AT 12 years old, Justin Thomas is not caught up with video games as the typical boy at his age. Instead, the Jamaica 4-H Clubs' back-to-back champion boy is focused on running his worm farm-organic fertiliser business in Mocho, Clarendon.

Thomas rears Californian red earth worms (Eisemia foetida) on Justin's Worm Farm. He feeds them just about any biodegradable waste generated around the house, and the worms in turn consume the waste and pass out excrement as high-quality organic fertilisers, known as vermicompost. Thomas packages and sells to organic farmers and gardeners.

"The worms were first brought to Mocho by an American Peace Corps volunteer in 2007, where she set up a colony at the Mocho Primary School. But after she returned to America, the colony began to run down, so I got some of the worms and started a colony of my own," explained the young enterprising businessman, in an interview with The Gleaner, at his worm farm in Mocho, Clarendon.

"The worms are asexual, and are fast breeders. They double their population every four weeks or less, depending on the condition that they are kept under. One thousand pounds of worms can increase to a million worms in just one year, so a single worm could start you a colony to make your own organic fertilisers," reasoned the aspiring zoologist, as he comfortably held up one of the red worms.

Thomas said the worms are sensitive to sunlight and ideally kept in what is called 'a worm box' that must be well-moistened. It consists of sand, soil and vegetable matters.

"These worms, although not having any teeth, are ferocious eaters, in no time at all they will devour all of the food you put in their box, and when that is finished, they will start to eat down the worm box unless you put additional food in as soon as possible," Thomas told The Gleaner.

Thomas, whose name is synonymous with success, is the back-to-back winner of the Jamaica 4-H Clubs' Champion Boy competition for 2011 and 2012. In 2011, he represented Jamaica at the Caribbean 4-H Clubs' regional championship and was placed second to the Dominican Republic, and will in 2012 again be Jamaica's representative to the Caribbean 4-H Clubs' regional championships. The Clarendon College first-former joined the 4-H Clubs at just seven years old and has since won numerous awards within the movement and in the academic fields.