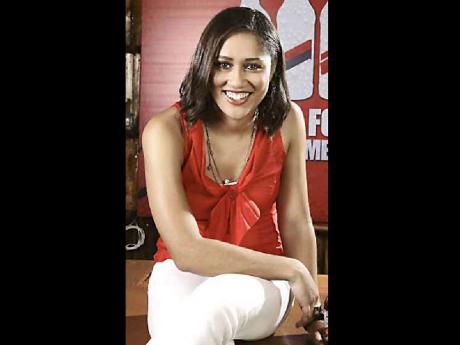 Tomorrow, the Reggae Sumfest Launch Party will be lighting up Kingston's waterfront. Reggae Sumfest is known globally as one of the most anticipated calendar events in the world of music, and the organisers of the three-night-long reggae showcase this year celebrate 20 years of delivering world-class entertainment on Jamaican soil.

As Sumfest celebrates its 20th and Jamaica celebrates its 50th year, the organisers, Summerfest Productions, and major sponsors of the event, Red Stripe Light, Pepsi and Digicel, have come together to create the ultimate launch party in commemoration of these landmark anniversaries.

According to Erin Mitchell, Red Stripe brand manager, this year is extremely significant and it would be remiss of the big brand not to be part of it.

"Red Stripe has been part of the underpinnings of the Reggae Sumfest since the early '90s, and we have continued our relationship with the Sumfest family along its journey over 20 years of top-notch entertainment," said Mitchell.

Patrons in attendance at the Reggae Sumfest Launch Party can look forward to a great line-up of entertainment to be provided by I-Octane, No-Maddz, among a number of other artistes who will serve as a miniature preview of what is to come at the grand event in the Second City from July 19 to 21.

This year, Red Stripe's sponsorship of the Reggae Sumfest will feature the Red Stipe Light brand in its assorted flavours on the forefront as part of the company's new summer campaign. Another highlight for patrons of the launch as revealed by the company is the incredible discounted price of $100 per bottle of Red Stripe Light, which is also the price set for the assorted Red Stripe Light flavours of Lime, Ginger, and Green Apple.

The Red Stripe Hi-Lights of Summer campaign party truck will be touring the island with a huge promotion of Hi-Lights. Other events that the brand has partnered with include Absinthe, Smirnoff Dream Weekend, Little Ochie Seafood Festival, and the Montego Bay Jerk Festival.