Many offerings at Maroon conference 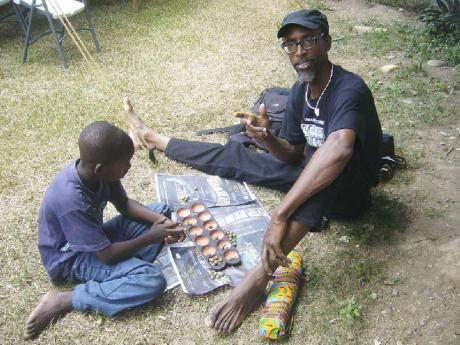 Adisa Oji, a Jamaican who resides in Canada and Ghana, shows a youngster how to play the African board game, Oware, in Asafu Yard, Charles Town, Portland, last week Saturday. 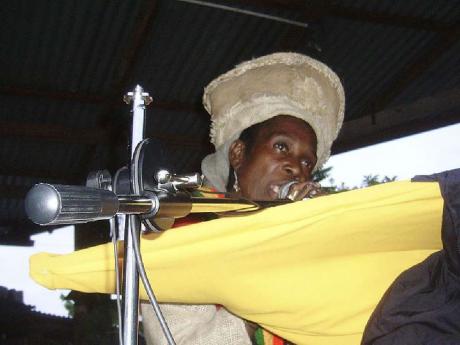 Gloria Simms of the Maroon Women's Circle is intense as she makes her presentation at the fourth annual Charles Town Maroon Conference last week Saturday. 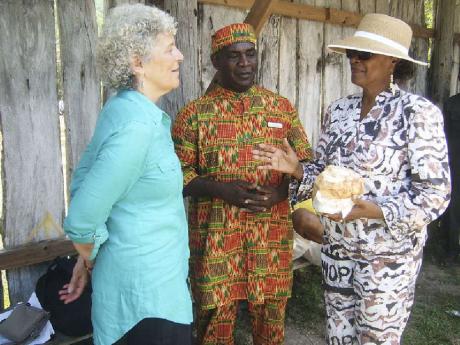 THE VILLAGE of Charles Town, Portland, was buzzing last weekend with the fourth annual Charles Town Maroon Conference. Locals and visitors descended upon the historic region from last Thursday to Saturday to participate in and to observe the activities, and to be entertained by various cultural groups.

One of the highlights of the weekend was the presentation of the Nanny/Quao Abeng Award to Susan Robeson, the granddaughter of the late great American bass-baritone singer, actor and activist Paul Robeson. This was done last week Saturday during the Quao Day celebrations. The other two days saw the presentation of papers on Maroon-related issues.

Speaking with The Gleaner prior to the presentation, Robeson said, "This is very, very special, that all the Maroons, the Charles Town Maroon Council, and especially Colonel Frank have opened their heart and soul to respect and honour the legacy and spirit of my grandfather - I have picked up many awards for my grandfather; this is probably the most deeply moving experience for me."

On Friday, Awantu: The Journey, the documentary on the indomitable Jamaican Maroons by Hollywood stuntman Roy T. Anderson, had its world premiere in Asafu Yard to a capacity audience, including Vivian Crawford of the Institute of Jamaica; Marcus Goffe, attorney-at-law of the Jamaica Intellectual Property Office; Bernard Jankee, director of Jamaica Memory Bank; Univeristy of the West Indies Professor Verene Shepherd; and the governor general's representative, Nicholas Chambers.

United States Ambassador to Jamaica Pamela Bridgewater visited on Saturday, the same day Shauntay Grant performed two poems. Grant, a 2009-2010 Poet Laureate in Halifax, Canada, is a descendant of the Leeward Maroons of Trelawney Town, St James, who were tricked and deported to Halifax, Nova Scotia. This was her second consecutive visit to the conference.

"Every time I come here I learn, so I come here to learn, and I am grateful," she told The Gleaner.