Dear Doc - Could one drop make me pregnant? 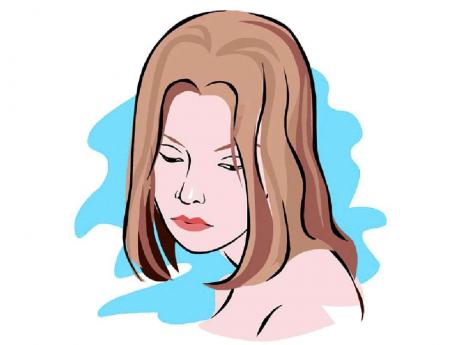 Q. Doctor, I am deeply worried by the fact that one drop of my boyfriend's semen landed on my belly last night. I did not realise that this had happened until around an hour later.  Would this amount be sufficient to make me pregnant?

A. One drop of human seminal fluid generally contains a large number of sperms. So if it gets into the vagina, then that single drop can cause pregnancy. But you are saying that this one drop merely landed on your belly, presumably on the lower part. Unless either of you then did something that carried it into the vagina, there really should be no risk of pregnancy at all. So I feel that you can quit fretting.

Q. I am a guy of 18, and I have to confess to you, Doc, that I have been having an affaire with an older woman, however, she does not let me have 'real sex' with her. Instead, she insists that we always have the rectal sex. I am not too happy about this.

Can I ask you two questions, Doctor:

1. Is there any risk of pregnancy with this method?

2. Am I right in thinking that there is no chance of me catching a sexually transmitted infection (STI)?

A.  If you are not happy with what this lady is asking you to do, then maybe you should refuse to do it; however, it is certainly the case that a small number of sexually experienced women do prefer to use this method because they feel that it exposes them to fewer risks.

1. There is practically no danger of pregnancy from rectal sex. Admittedly, there is a very small possibility that the guy's semen could spill out of the anus and find its way into the woman's vagina, but I have never seen such a case.

2. Unfortunately, you are entirely wrong in your belief that rectal sex carries no risk of an STI. Many young people have this mistaken idea. The truth is that every kind of STI can be passed from one person to another through rectal intercourse. It is particularly common for gonorrhoea ('the clap') to be transmitted in this way. You have been warned!

Q.  Doc, if I go on the Pill, how soon would I be protected?

A. If you use the modern method of starting the Pill, you would be protected against pregnancy immediately. When I say 'the modern method' of starting, I mean that you begin by taking your first-ever Pill on the first day of the menses. If you do that, then it starts working right away.

There are other ways of starting to take the Pill, but they do not give you immediate protection. For instance, it used to be very common to start taking the Pill on the fifth day of the menses. The problem with that method is that you would not be protected for another two weeks.

Q. Doctor, I am a 21-year-old male university student. I am engaged to a wonderful girl. Sex with her is good. We plan to get married in two years' time when I have completed my studies. But now something quite unexpected has occurred. My fiancée has suggested that some evenings we should have a foursome with another couple. Her best friend is also engaged, and it seems like the two women would be quite happy for the four of us to swap partners on, maybe, one night a week. There is also the suggestion that there might be a certain amount of lesbian-style activity during the evening. But I am not too happy, Doctor. What do you think?

A.  I think this entire idea is crazy! You and this young lady are engaged to be married, which means that you are supposed to be committed to each other for life. Yet she is already proposing a partner swap, in the course of which she would have sex with another guy and, apparently, with another woman as well. And it would appear that she also wants you to have sex with her best friend.

This is no basis for marriage, and I am of the view that you should think very seriously about whether you wish to stay engaged to a young lady who has so little respect for monogamous relationships.

From a medical point of view, I must tell you that I have seen these foursomes result in:

I note that your fiancée seems to want to bring girl-girl sex into the equation. This does suggest that maybe there is a lesbian element to her personality. All in all, I cannot see that the prospects for a successful marriage with her are good. For the moment, I think that the most important thing you can do is to refuse to take part in any sexual foursome.

Q. I am 20, and my doctor wants me to go on the mini-Pill. I understand that I would have to take it every single day of the year.  I would not mind doing that, but can I be sure that it would have no side effects?

A. The mini-Pill, also known as the progestogen-only Pill, or 'POP', is a good method of contraception. It is different from the ordinary Pill because it contains only one hormone instead of two. So it is rather milder than the real Pill.

That is a good thing. But you are being overoptimistic in hoping that the mini-Pill could have no side effects. All medications prescribed by doctors can have side effects. That is a fact of life!

In the case of the mini-Pill, the commonest possible side effects are:

Please note that I am not saying that you would get those side effects. But there is a chance that you would. And there are some rarer effects too.

In practice, the biggest problem for young women who are taking the mini-Pill is this. As you said, the tablet has to be taken every single day - without a break. And if you forget to take it, then the risks of pregnancy are fairly high.  Would you be good at taking the mini-Pill every single day of the year, at approximately the same time of day? If so, then maybe this could be the method for you.