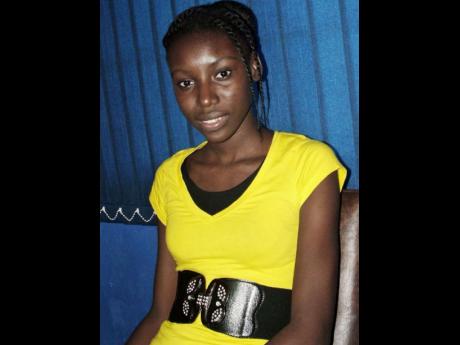 SHE HAS carried her outstanding academic performance from Ocho Rios Primary School and St Hilda's Diocesan High School on to Brown's Town Community College (BTCC), where she has earned the highest grade point average (GPA) for the academic year 2011-2012, that of over 3.7.

She also scored the third-highest mark islandwide in the Caribbean Advanced Proficiency Examinations biology examination. Performing well consistently, she has been an honour student for the two years that she has been at BTCC.

But for 19-year-old Trudean Imani Brown, the real journey is just about to begin.

"In the future, I'd like to be a medical doctor. I don't think I'll be giving it up for anything else. I won't settle for less because that is what I want," she asserted confidently during an interview with The Gleaner on Wednesday.

Trudean has already received an invitation from the University of the West Indies (UWI) to study pure and applied sciences.

"I applied to the University of the West Indies; I'm still waiting. I got an invitation to study pure and applied sciences, but that's not what I want. I'm waiting on the medical field. I'm confident I will get through. I'm waiting on my unit-two results and I know they won't be disappointing," said the confident teenager.

Trudean is also hoping to get a scholarship. Failing this, she will more than likely be forced to put her plans on hold for this year, at least.

"I'm definitely hoping that I will be able to get a scholarship," Trudean said.

She gave The Gleaner an insight into how she has been performing at BTCC where it has been a year of highlights.

"I am the top student. I got the highest GPA. I did well in chemistry, biology, maths and Caribbean studies, communication studies. I did outstandingly well in chemistry and I was pronounced "student tutor" for chemistry, so I taught the younger students, helped them with homework and everything else. I had to balance my time with my score and their score."

She continued: "Usually, I don't settle for nothing less than 80 per cent. I get the highest grades, 90-odd and 80-odd. The highest marks this time around, I got in chemistry. I've got a hundred in chemistry; I've got 90s. My grades in chemistry didn't fall below 90 for this year."

Trudean also did well in her favourite subject - biology.

"I came third in the entire island in CAPE biology. I received an award from CAPE for biology unit one. Biology has always been my favourite subject, and I'm very good at the subject."

Trudean reveals that her excellent performance has been based on her trust and belief in God and in her abilities to do well.

"There is nothing too hard, once someone has accomplished it, so I believe I can do anything. Nothing is too hard for me to do."