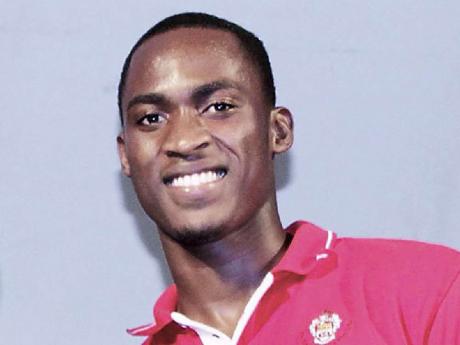 Dwight Thomas may be the 110m hurdles national record holder, but NCAA double winner and national champion Andrew Riley and World University Games gold medallist Hansle Parchment will be moving heaven and earth for a shot at next month's Olympic Games as the trio come together at this weekend's Jamaica Athletics Administrative Association/Supreme Ventures National Senior Championships at the National Stadium.

Parchment has been the most impressive Jamaican so far this year and will start as slight favourite in tonight's 110m hurdles final, having gone as fast as 13.19 this year.

Sitting just .04 seconds outside Thomas' 13.15 national record, Parchment, who has managed to keep a low profile since his impressive run at the JN Jamaica Invitational in early May, has improved tremendously over the last year under the tutelage of noted hurdles coach Fitz Coleman.

The former Morant Bay High School and Kingston College student, now enrolled at the University of West Indies, is currently the ninth-fastest 110m hurdles athlete in the world, and will be looking to confirm his graduation among the world's elite when he faces a quality field this weekend.

Jamaicans were left disappointed when an anticipated class between Parchment and Thomas at the New York Diamond League meet earlier this month didn't materialise after the former failed to finish after hitting the first two hurdles, while Thomas himself fell while clearing the last hurdle.

Both gentlemen will be anxious to correct those wrongs this weekend; a battle between Thomas' raw speed and power versus Parchment's superior hurdling setting the stage for a highly anticipated contest.

Thomas has not been at his best this year and has only managed a best of 13.36, which puts him behind Parchment and the record-setting University of Illinois student Andrew Riley, who became the first athlete in NCAA history to win the 100m and 110m hurdles the same year.

Riley, who on Thursday formalised a long term deal with global sporting brand Puma, has been in fine form this year, with his 13.28 run done in April in Arizona, making him the second-fastest Jamaican this year.

Riley has also ran a flat 10.00 in the 100m this year and is perhaps the quickest between hurdles; an attribute which will push him to the major places in today's final.