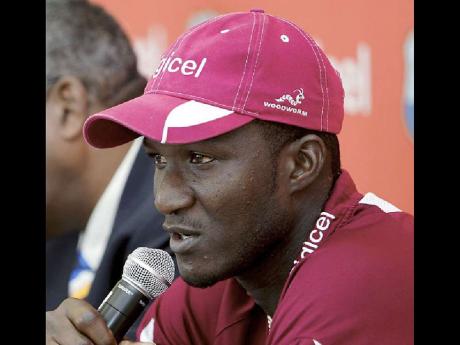 The West Indies, expecting a huge turnout by cricket fans in the Caribbean diaspora here, will fancy themselves the "home" team in today's historic Twenty20 match-up against New Zealand at the Central Broward Regional Park.

The game, set to start at 2 p.m. (Ja time), will mark the first officially sanctioned International Cricket Council (ICC) tour game played in the United States (US), a country credited with involvement in the early roots of the sport, but failing to generate a massive following beyond ex-patriots from major cricket-playing nations.

West Indies Cricket Board director Gregory Shillingford called today's match and the follow-up T20 between the teams tomorrow at the same venue "a bold expansion of the game beyond the West Indies", "a start in a new direction" and "a fantastic advertisement for our game."

History aside, both teams will be hungry to get off to a winning start to the tour, which moves to the Caribbean after this weekend's matches. The West Indies' recent series records - covering all forms of the game - have been dismal, including Australia's tour of the Caribbean earlier this year. But the Caribbean team finds itself in much more familiar surroundings in South Florida - bright sunshine and warm weather - a stark contrast to the cold and rain which haunted its recently concluded tour of England.

Captain Darren Sammy is already claiming an advantage in the US, although New Zealand have played here before.

"We feel it's a home series for us," said Sammy yesterday. " ... From all reports, everybody is coming in to support us. I expect a very loud Caribbean crowd similar to at home."

The captain will also expect a less up and down showing from his team. In England, when the West Indies were good they were very good, with notable performances particularly from Jamaican batsman Marlon Samuels who dominated the Test series. But that did not happen often enough to win more than odd sessions.

"We've played some good cricket," said Sammy. " .... Hopefully, we can be more consistent."

The West Indies will be bolstered by the in-form Samuels, plus the return of Jamaican compatriot Chris Gayle. The opening batsman excelled in the T20 Indian Premier League (IPL) this season before joining the Windies for the limited overs games in England. He missed the first one-day international there with injury, but got a brilliant half century in the second.

The New Zealand squad, according to captain Ross Taylor, is in a "rebuilding phase" missing several big names such as Jesse Ryder, James Franklin and Brendon McCallum. But the Kiwis have a simple plan for Gayle.

"Just get him out," said Taylor yesterday.

In England, the West Indies lost two 50-over games contested, plus the lone T20 fixture, to shake predictions by some that they could be the best in the shortest form of the game. Sammy dismissed that tag.

"We never see ourselves as favourites," he said.

"We just look to go out there and put in a good performance."

For both teams, the two games are preparation for the ICC World Twenty20 in September. The West Indies and New Zealand have met three times in T20 cricket, with the Kiwis winning one and two ending in ties. The West Indies lost one tie in a bowl-out, but won the other after two Super Overs.

West Indies will look for runs from Gayle, in-form Dwayne Smith and Pollard, Bravo and Samuels, who also played in IPL. Lendl Simmons battles Johnson Charles, a powerful, clean hitter of the ball, for another batting spot.

The pitch, based on past games, including New Zealand versus Sri Lanka in 2010, could be slow, with the ball keeping low. Still, with the 'shortish' straight boundaries and the firepower on show from the likes of Gayle, Pollard, Samuels and Taylor in particular, this weekend's games could produce plenty fireworks which the West Indies hope will put them in a position to break their dreaded series-losing streak and send their devoted followers in America home happy.