Will I catch that scalp rash? 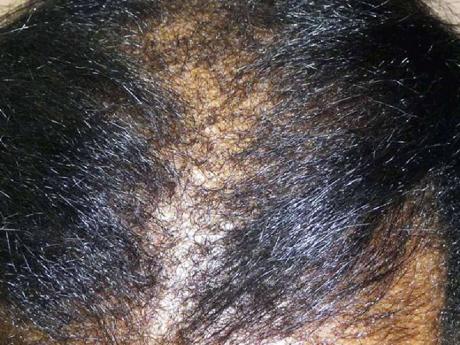 Those of us who have children are usually very fearful of them developing a rash on the scalp as it easily seen, is unattractive, and often leads to them being isolated at - or even excluded from - school.

School authorities are very quick to send home children with a scalp rash as they believe it is contagious and will, therefore, affect the other children. But is this approach necessary?

A scalp rash may be caused by a number of different disease conditions. These include eczema, fungal infection, bacterial infection, or an inflammation. In most instances, these rashes are, in fact, not contagious. Let's look at some examples.

Eczema is a very common cause of a scalp rash which is not contagious. It is most common in younger children. Seborrhoiec eczema is the most common type and usually causes scaling and crusting of the scalp which itches. There may even be some loss of hair, which is reversible.

It is commonly mistaken for 'ringworm' of the scalp, even by health professionals, resulting in ineffective treatment that often leads to more alarm on the part of the caregivers. Even babies sometimes have it. Contact eczema may also occur if the scalp has prolonged exposure to a substances which irritate it.

Ringworm of the scalp (tinea capitis) is another common cause of scalp rash and is probably the most feared. It can be caught from pets, infected persons, and infected surfaces such as combs. It is ring-shaped with sharp, raised edges. Some temporary hair loss occurs. There may also be inflammation, itching, scaling, and pus.

Dandruff is a scaly condition that seems to be caused by a special fungus. It appears to be able to pass from one person to the next, but it is not entirely clear how it occurs.

Folliculitis is inflammation of the hair follicles the hair root. It may be acute (short term) or chronic (long term) and can be caused by bacteria, a virus, a fungus, or even the hair shaft itself if the hair curls back into the scalp. It causes swelling of the hair root and sometimes pus formation and even loss of hair with scarring. Fortunately, this condition is not usually contagious, but it may run in families.

So it is best to not jump to conclusions about whether the condition is contagious. It is best to let the person be seen by a health-care professional for this to be determined.