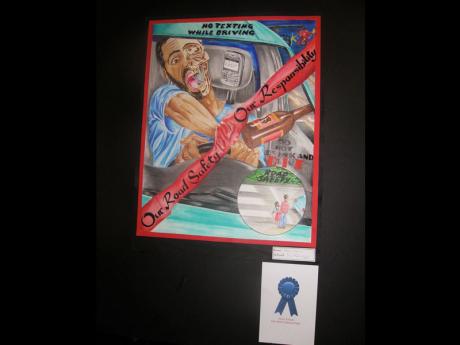 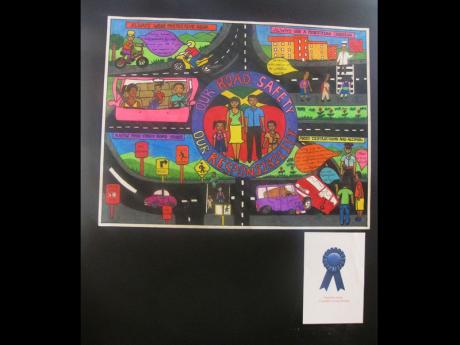 4. Nickallye Gunn of Corinaldi Avenue Primary topped Category One with this poster. 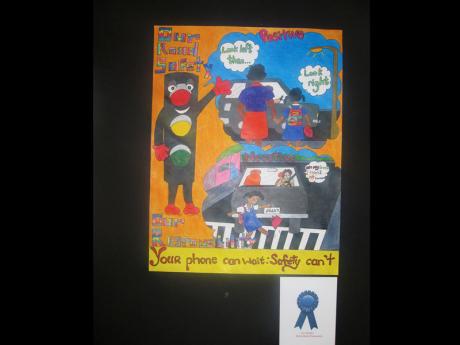 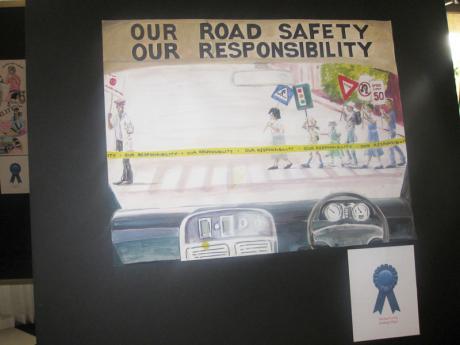 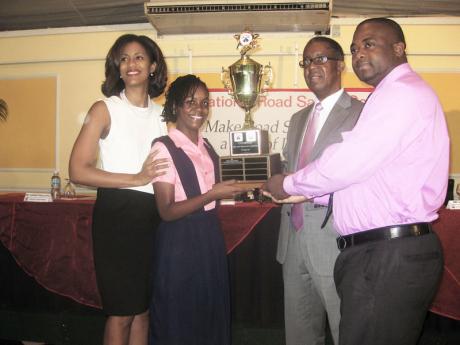 Category One winner Nickalye Gunn - see full caption at the end of story. 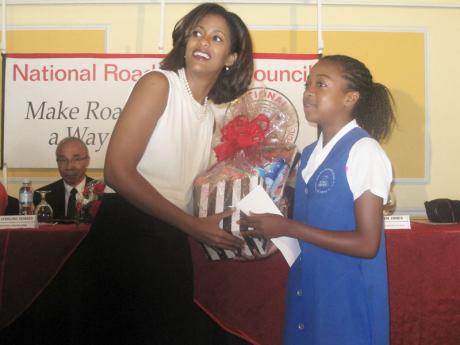 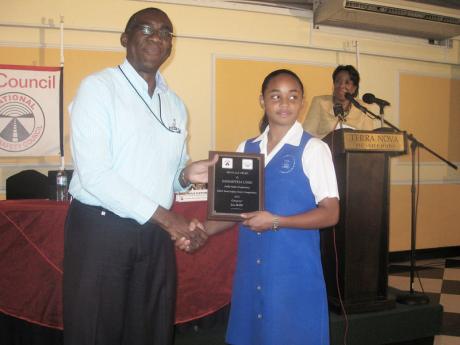 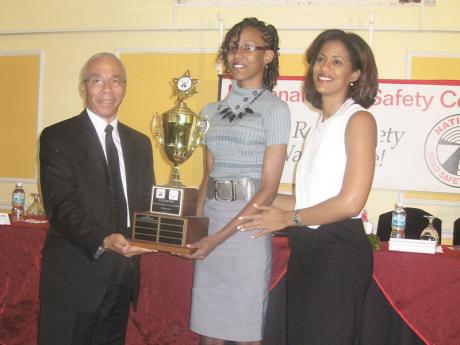 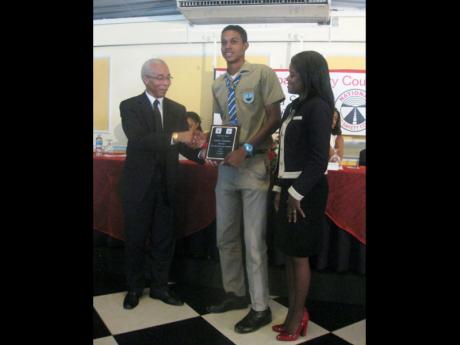 There were smiles all around at the Terra Nova Hotel, Waterloo Road, St Andrew, during last Thursday's prize-giving for the inaugural Road Safety Poster Competition, staged by the National Road Safety Council (NRSC). The theme was 'Our Road Safety, Our Responsibility'. However, there was no denying that the subject of the entries was grim.

Guest speaker Senator Imani Duncan-Price made the connection between children and her interest in road safety. She said her concern was heightened by a crash in Mandeville where 44 people, mostly children, were injured when two buses collided.

Added to that, was the late May death of Ascot High School student Lennox Lloyd Jr, who was killed when the bus in which he was travelling overturned in Portmore, St Catherine. The driver had 85 outstanding traffic tickets. This incident, Duncan-Price said, "further stirred me into action".

Stirred into road safety art by the competition were 106 students, six to 19 years old. Category One was for six- to 12-year-olds, and Category Two for 13- to 19-year-olds.

Topping Category One was Nickallye Gunn from Corinaldi Avenue Primary in Montego Bay, St James. Among her prizes were $50,000 cash, a replica of the winner's trophy, a digital camera, and a summer scholarship to the Edna Manley College of the Visual and Performing Arts. Her school also received $20,000, collected by teacher Dane Julius.

Alexis Falloon of José Martí Technical High won Category Two. Her prizes included $50,000, a laptop and a scholarship to the Edna Manley College of the Visual and Performing Arts' summer programme. Her school was given a computer.

Michael Lewis of Denbigh High won $30,000 and a $10,000 start-up account from Victoria Mutual Building Society, and Daniel Samuels of Papine High was awarded $15,000 for his third-place entry.

Awards of merit were made to seven other top students in each category. Montego Bay High School for Girls had four of those in Category Two - Britney Clarke, Kenice Smith, Kimoni Bell and Danielle Boothe.

Shaquille Blackwood of Wolmer's Boys, Micah Goldsmith of Ardenne High, and Samoi A. Campbell of the Convent of Mercy, Alpha, were also recognised.

In giving the judges' report, NRSC Executive Director Paula Fletcher said that entries were judged on relevance to the theme, road safety awareness, creativity, and presentation and style.

While most entries "showed an important level of imagination and creativity", Fletcher said "most did not have a banner headline".

In addition, where there were banner headlines, "some were too small or illegible".

Fletcher mentioned some entries that did not take top prizes. Ryan Dixon of Central Branch All-Age was the only entrant whose poster included the physically challenged. Garfield Minott presented a "unique, eye-catching mascot".

The awards function was chaired by Dr Lucien Jones, vice-chairman and convenor of the NRSC, with representatives of Mona and Excelsior Primary schools doing cultural presentations. The Road Safety Poster Competition was sponsored by the National Health Fund (NHF) and Digicel, both organisations were represented at the ceremony.