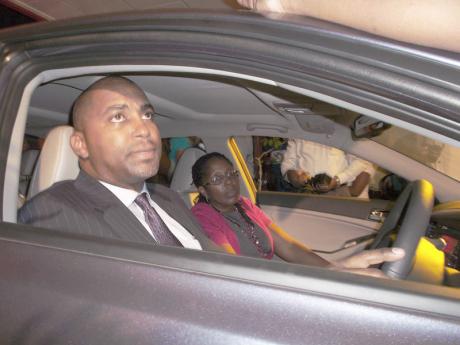 Minister of state in the Ministry of Science, Technology, Energy and Mining, Julian Robinson, and Her Worship the Mayor of Kingston Angella Brown Burke explore the new 2012 Kia Optima. 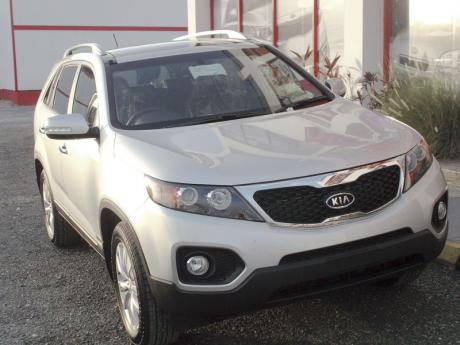 The Kia Sorento mid-size crossover SUV boasts great MPG and possesses lots of room in its cabin for the large family. 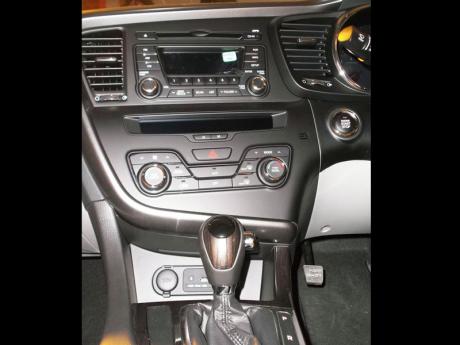 The stylish and comfortable interior of the brand new 2012 Kia Optima. 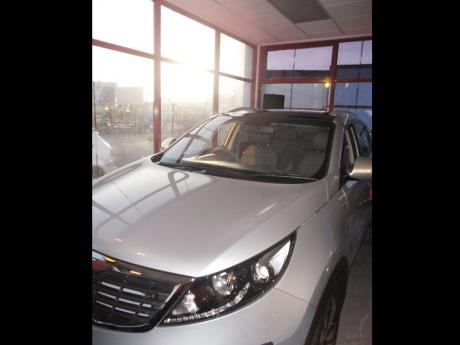 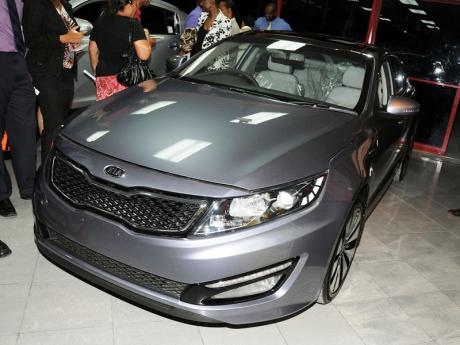 The Sorento and Sportage brands were also presented.

"This launch is really of the Kia Optima. This brand will knock the socks off the other brands of vehicles, and we intend to market this brand into every fleet, company and entity," said Kia Motors Jamaica's vice-president, Ian Lyn, during his opening address.

The event was attended by ministers of government, banking partners and influential people in the automotive industry.

Lyn said that the Optima will retail for between $3.3 and $3.8 million, while the fully loaded Sorento will retail at $4.7 million, prices well under those of comparable new motor vehicles from other brands. The Sportage starts at $4.4 million.

Julian Robinson, minister of state in the Ministry of Science, Technology, Energy and Mining, said, "This will certainly shake up the market and impact whether others in the market will change their own offerings."

He further stated that Kia's initiative will lead to the "strengthening of business linkages between Jamaica and Korea".

During his address, Lyn was keen on pointing out what he termed as the myopic move of the Government to increase the common external tariff (CET) on vehicles with an engine rating of 2000cc or more. Referring to strong tax revenue in 2011 from new vehicles in that engine-size bracket, he said the prices of both new and used vehicles in the category have been raised by between $100,000 and $2 million and fewer people will be able to purchase these motor vehicles, resulting in fewer imports and lower tax revenue.