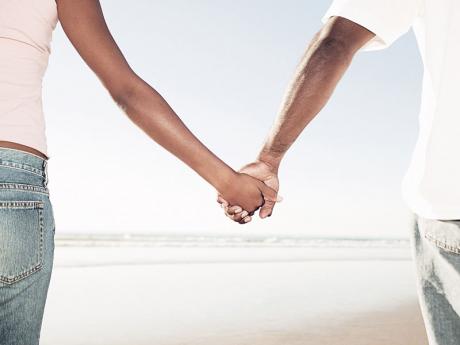 Twenty-seven-year-old Sharon became a blushing June bride last week when she exchanged vows with her 61-year-old sweetheart with whom she lived for seven years. Of course, her parents are concerned about her future with a man so much older. Why would she want to marry a man more than twice her age?

The practice of younger women marrying much older men is increasing, and those who have done it gloat about the advantages of marrying an older man. We may not hear much about the downside, but marrying a much older man has negatives.You can go on any Internet site and meet a single handsome older man if that is your desire. There are thousands of older successful men of the baby boomers era who are anxious to find younger women for lifelong partners.

Generally, society finds it more socially acceptable for men to have young brides than for more mature women to have younger husbands. Why would a woman want to marry a man who is much older than she is?

One of the important factors in deciding whether your marriage to an older man will work is to be able to assess that the man you are marrying is successful and financially able to take care of his young wife. He should have had a successful career and be free from debt to afford his wife the luxuries she may need for a good life. His wife has to ensure that she exercises her rights, including ownership of his assets and bank accounts. It is important to find out about his estate and your entitlements. If not, you may have the man but what is there for you should he pass before you?

One of the criteria for marrying an older man is that he should display maturity. Women see this as an advantage compared to younger men who lack emotional experience, even displaying childish and unnecessary bouts of jealousy. Older men should already be settled in life. They know what they want in their future and they have a plan to get it. Being with an older person will make you appreciate the beauty of the present moment and the significance of living life fully.

A more mature man should be less affected by petty issues and ego trips. He should be finished with 'womanising' but it does not mean that an older man will not yearn for a romantic fling or two. But he would not allow it to jeopardise the current union with his young wife.

Age should allow an older man to demonstrate he is responsible and show tenderness and care in his current relationship. If the older man is capable, he will be willing to agree to fatherhood compared to a younger man who may not want to take on fatherhood so early and will defer the decision, much to his wife's frustration.

Age should not diminish the ability of an older man to satisfy his wife sexually. With experience, an older man should have a range of ways to please his wife and not only focus on his own sexual gratification as some younger men do. Older men have already taken the journey over, around and on a woman's body so they have learned what women like and do not mind experimenting and learning something new. Some younger men tend to fumble about a bit and are less secure with what they do know about sex. This means that they may get hurt when they are not sure about sexual techniques.

Young men act like they are great lovers; older men are great lovers (www.futurescopes.com). With the aid of modern drugs like Viagra, older man can have an active sex life trying new techniques for mutual pleasure. Older men can still father children in their senior years.

An older man should desire to spend quality time with his wife as he should be more settled in his career. As your partner maybe retired, he should be able to help around the house or take care of the children. He should not be afraid of housework as he would have spent a good deal of time taking care of himself if he were not married before or may have been separated for a while.

Older men enjoy good conversation and love it when the woman they are with can compete in a battle of the wits. They enjoy conversations that span a range of topics including politics, religion and sports. This is more inspiring to them than the mere chatter about who is dating who and 'suss' in the social circles.

Arguments against marrying an older man

It is said that 'all that glitters is not gold', so what is the downside of marrying an older man?

You should be expected to be called a 'gold-digger' as persons will suspect that your marriage to an older man is for his money and assets. You will have to be open-minded and ward that off by demonstrating your true love for your spouse and that he truly appreciates you as his wife.

Your man may love 'oldies' music and that does not excite you as a younger person. Similarly, he may not be interested in your penchant for watching soap operas and reality shows, whereas he may want to watch old, Western black and white movies. You may have to give up visiting nightclubs as he will feel out of place going to a place with 'young hip' women and he may feel like the odd old man out who may have difficulty in knowing the latest dance moves.

Your husband may forget that you are not one of his children as he will want to scold and lecture. In discussions about family finance and decisions about home business, he may want to make you feel that you have no right or say in the discussions. Your older partner may be of the old view that as his spouse, your role is strictly divided against gender lines and you should not overstep your traditional duties of keeping the house and cooking meals.

Your spouse may feel that because he is older, he is more intelligent and more experienced, so he 'knows it all'. He will be sure to remind you of it every so often and may even throw a tantrum if you do not follow his advice. He is usually set in his ways and may have developed certain routines, like paying the bills on a Monday, and he is not prepared to change.

Though he should have years of experience and manners, he may forget some of the socially acceptable behaviour like passing gas without even saying sorry or slurping from the soup spoon. As people age, learned behaviour may be forgotten and people revert to childlike behaviour.

Although older and more experienced, he may spend just as much time in the mirror as his wife because of over self-indulgence. He wants to ensure that he gets equal compliments as his wife when they go out. He may want to even surpass her in the kudos he receives.

Marrying a man with longer and wider experiences may make his young wife's life much more interesting than it would have been with a younger man. He should be able to provide advice on practical or financial matters as well as opening your eyes to the variety and beauty that the world has to offer.

If you are dating an older man, do not hesitate to take your relationship to the next level if you know that is what you both truly want. Remember, age is just a number and life's experiences are great to share with a partner like an older man.