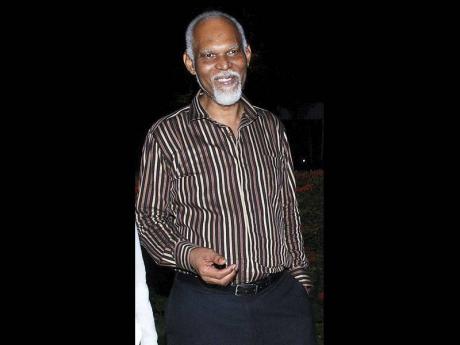 STARTING THURSDAY, the Urban Development Corporation (UDC) is to launch a monthlong series of consultative sessions dubbed the downtown Kingston Network Exchange to get views on how the redevelopment of the area should be done.

UDC Chairman K.D. Knight made the disclosure last weekend as he responded to concerns that there has been no clear signal from the Portia Simpson Miller-led administration on its plans for the rebirth of the area.

"The exchange is designed as working sessions to take aspects of the plan closer to a final state in a practical way through stakeholder input, while exploring, encouraging and setting the stage for tangible private-sector investment opportunities ... ," said Knight.

"We acknowledge that there are several challenges, none of which is insurmountable, and we hold the view that through a deliberate and measured approach and with the requisite consultation, plans will be transformed into implementation schedules.

"This, we believe, will facilitate the most effective and viable approach to the redevelopment quest."

According to Knight, Simpson Miller has mandated the board of the UDC to speedily implement the downtown redevelopment plans and this is being done.

"I wish to assure that there is no intention to abandon or slow down the development process for downtown Kingston," said Knight.

"On the contrary, steps are being taken to accelerate the development and to ensure that any project embarked on will be completed on time, within budget and certainly without some extraneous costs usually associated with works in inner-city communities," added Knight.

His comments came more than nine months after then general manager of the UDC, Joy Douglas, outlined a list of development initiative she said would be implemented in downtown Kingston over 24 months.

At that time, Douglas told journalists and private-sector leaders that the projects should give a new look and feel to sections of the commercial district as part of plans by the UDC to engineer the rebirth of downtown Kingston.

Douglas had declared that the projects would require a mixture of public- and private-sector funding and would include the start of the development of UDC's proposed new headquarters building at the old Machado complex.

But with the UDC now placing the Machado complex on its divestment list, Knight was quick to point out that this did not reflect and change the corporation's plan to redevelop downtown Kingston.

"This decision must, however, be contextualised within business and policy discretion and responsibility to ensure the best strategic allocation of key assets to support business imperatives at any point in time," said Knight.

"As such, we have determined that placing the Machado complex on the market for acquisition by an appropriate developer will immediately leverage and maximise its use in the nation's interest."

The UDC chairman made no mention of the other projects which were announced by Douglas. These include:

The refurbishment of the UDC developed structures along the waterfront;

Development of a hotel and apartment complex to the east on the old Myrtle Bank property;

The construction of the Ministry of Foreign Affairs building on the site of the current Police Area 4 headquarters;

The construction of a state-of-the art police facility along the west end;

The construction of a major operational base for one of the country's leading security conglomerates;

Construction of a multi-level parking facility along Orange Street;

The development of low-income housing solutions under a pilot programme to test desirability and sustainability of the model proposed;

The continued build-out and reordering of the market district.