Saving the world, one breadfruit at a time 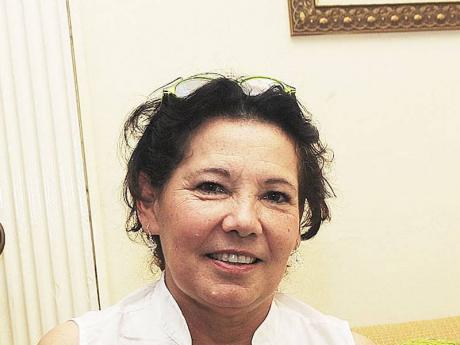 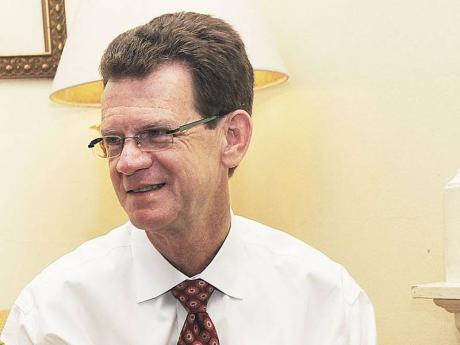 Mary and Mike McLaughlin are putting 'bresheh' back on the map.

The founders of Trees That Feed Foundation are using various fruits - especially the beloved breadfruit - to benefit countries, particularly Jamaica (they are both bonafide Jamaica-born and raised) and Haiti.

Through the foundation, they feed people and benefit the environment by reforesting areas with trees that produce edible fruit. This improves diets, reduces foreign dependency, and restores ecological balance to the land. The non-profit organisation was ratified in 2008.

"We really started our main activities in 2009, so it's really only about three years that we've been doing this, but we've got some pretty good results," said Mike.

And he's not exaggerating. They estimate that they have planted about 14,000 trees in countries such as Costa Rica and Ghana. It was Mary who came up with the idea.

"She was always very conscious of the environment and the harm that people do to it, like cutting down forests and burning fossil oils," her husband noted.

"I grew up on a farm just outside of Spanish Town. At that time, the road near Inswood was lined with mango trees. I always thought that the person who planted those trees was a good person, someone that cared about those who would eat the fruit and not know who was enjoying it," Mary recalled. But other than caring for the environment, she realised a bigger issue was people going to bed hungry.

"I care about feeding people in an efficient and sustainable way, and I am a strong believer of taking care of our environment. Trees do not need chemicals and they help build up the soil and stop soil erosion," she said. So she started planting.

"When you plant trees, you accomplish a lot of things at the same time: you benefit the environment, you feed people ... and you get to create jobs. So you're helping the economy, everybody benefits," reasoned Mike. And they believe the breadfruit is the perfect tree to meet all these requirements.

"It is a staple food. It's not a sweet fruit like, let's say, mango. but you can't live off mangoes. They are not a sustainable broad source of nutrition. But the breadfruit is a perfect answer. It's nutritious, tasty and well accepted in many countries, including Jamaica," he said, adding the breadfruit tree is very low maintenance. Mary said she loved eating roasted breadfruit and often thought it was the best tree in the world.

"(It has) beautiful leaves and fruit like no other, not a dessert fruit like other trees, but a carbohydrate. It's really the only tree of its kind in the world. Kind of like manna from heaven," she opined. When quizzed about why more people didn't sing the praises of 'bresheh', they reasoned that it's because breadfruit is very slow to propagate.

"What we have done, we've found researchers who do mass propagation. So now, all of sudden, just in the last few years, we can produce thousands of breadfruit plants, relatively inexpensively," explained Mike, noting that more research was being done on the fruit in countries like Canada and Mauritius. They hasten to point out they're not passing themselves off as experts, they learn new things as they go along. But there is some information people need to note like the right time to pick the fruit.

"We just try to assist with any knowledge we can. If people want to develop cooperatives to develop breadfruit, we will help them," said Mary. "If you are a small farmer, we will give you the trees."

They have planted trees in parishes such as St Mary, Portland, St Thomas and St Elizabeth. They noted that initiatives like this always seem to be small scale, and it's just waiting for a big commercial interest to move things along. They say that's part of their mission - to keep the momentum going to promote the fruit.

"When we were children, ... it was almost taken for granted because it was so plentiful. We didn't realise how valuable it was. People kind of ignored it for a while. Nobody was paying attention. Now the word is starting to spread and we are helping to spread it," Mike said.

The couple are in the island for some relaxation, but also to view breadfruit trees planted in the Swift River watershed in Portland. They visited a breadfruit orchard at the College of Arts, Science and Education and donated 500 trees to Northern Caribbean University. They even had time to meet up with graduate students from the University of Minnesota who are doing various research on breadfruit. And to round it off, they will be attending the Jeffrey Town Farmers' Association's St Mary Breadfruit Festival on July 15.

The McLaughlins are both University of the West Indies graduates. Mike, who is from Kingston, did his degree in physics, but later pursued a fine career as an actuary. Mary is a career geologist, but also started a small business before coming up with Trees That Feed.

The foundation was started in their home, but they are now in a small office in Chicago, where they moved to after leaving Jamaica. It's just about big enough for the two of them, but they keep their expenses low and don't give themselves a salary.

"If we can get some funds, we could probably get some part-time administrative support, but we're certainly not complaining because we're getting a lot done," said Mike. They would like to get to even 10 countries, but were sensible about building up the foundation.

"Because we're small at the moment, we don't want to spread ourselves too thin. We'd rather go to four or five countries, do them well, and then build an infrastructure, get some volunteers and build a team that will keep this thing going forever," said Mike.

They get immeasurable support from a seven-member board and several partners, including the Rural Agricultural Development Authority, Ministry of Agriculture, Alcoa, and the Clinton Foundation (a major donor, particularly with Haiti). They also lauded Jamalco, which recently gave them a grant which will see the planting of about 2,500 breadfruit trees.

"We can't do it all ourselves. We are coordinating it, but it's just two people, so there's only so much that you can do. But I will tell you we've received tremendous help and support. Our effort is multiplied by the people we work with. We're grateful for all the support."

They are also looking to work with the Rotary service clubs to plant more fruit trees in schools, something they already do in Haiti.

"We plant in schools, orphanages and centres. So we make these spots green and then branch out from there," Mary explained. By providing fruit trees, they are trying to change the mindset of Haitians, who have ravished their country's lands for firewood.

"The breadfruit tree we plant there isn't good for making firewood, so they have to rely on the fruit," Mary said. An obvious obstacle is funding (especially when they were just starting out), but the couple was able to put some of their own money in from the beginning. Mary made it a personal mission to give back to others, as they have been blessed.

OBLIGATED TO GIVE BACK

"God has been good to me, good parents and family, a good education at St Andrew (High), and a good career. We all have a moral obligation to give back in our own way," she said.

They said they got a great reception when they first unveiled Trees That Feed and have hundreds of donors giving sums as small as US$15. But, as Mike explained, that covers costs and gets a tree planted.

But they're also doing more than just planting trees. Breadfruit is seasonal so they were thinking of different ways to preserve the fruit. Mary suggested 'bresheh' making flour.

"If you can it, it will get soggy. You can freeze it, but you will have the cost of freezer storage. You can grind it and make it into chips. But probably the best option … is to grind it and mill it into flour. Then the flour has a very long shelf life," explained Mike.

Mary got the idea from Mango Valley, but she is now looking at new recipes involving the fruit - from breads, pancakes and bullas to even yogurt. There is also a breadfruit bakery in Haiti's capital Port-au-Prince in which all the products would be made from breadfruit flour.

"This (the flour) has great promise. This means we can process the breadfruit when there is an oversupply. You will have a year-round supply of breadfruit flour which is nutritious. It's gluten-free and then you are also helping to create a little industry for people that will process the breadfruit, turn it to flour and sell it. If they make a little profit for themselves, then we're very fine with that," said Mike.

Looking ahead, the plan is into greatly increase the number of trees planted in Jamaica and Haiti, with expansion to other countries.

"We know that the needs are great. We would like to, by the end of the decade, plant a million trees," said Mike. They also want to train people to make the breadfruit flour and see that industry provide more jobs. But more than that, Mike said, the plan was to make sure Trees That Feed's work continues when they have passed on.

"We also want to hand off the project to local leaders in each country. We are going to get old one day, but we want this programme to continue, so we're trying to find energetic volunteers, enthusiastic people to carry out the mission."

Holding up one they got from the rural areas on their field trip, Mary said poignantly, "This tree will save the planet."

'God has been good to me ... . We all have a moral obligation to give back in our own way.'- Mary

'We know that the needs are great. We would like to, by the end of the decade, plant a million trees.'