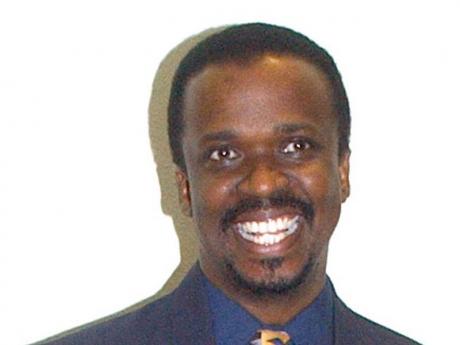 On Friday last, the issue was raised in the Senate concerning the continued criminalisation of people caught smoking ganja - an illegal substance. There are serious implications of criminalising people caught with small quantities of ganja of eight ounces or less.

According to Senator Tom Tavares-Finson, "On a weekly basis, … at the Resident Magistrate's (RM) Court at the Half-Way Tree Courthouse, approximately 300 young Jamaican males receive criminal records for minute quantities of ganja. It means that we are creating a pool of young persons who cannot be employed, who cannot join the military, who cannot join the police force and, indeed, cannot, in some instances, seek further education. They can't travel because of this conviction." (Hansard)

This means, annually, we are blighting the future of approximately 12,000 young men in one court alone. And assuming 10 RM courts, then it is 120,000 youths per year with this stigma to their future.

This is unacceptable and unfair. There are persons who are pastors who have smoked ganja but, fortunately, they were not caught or, if caught, were only reprimanded. The world would be worse off without these pastors, and Jamaica is losing useful human resources through these draconian and outdated laws.

In the United States (US), three presidents have admitted drug use, though William Clinton did not inhale. Imagine the loss to the US without them.

It seems unfair that it is people from poor backgrounds who normally get caught and convicted for use of small amounts of ganja.

The criminal act should be reserved for those who cultivate ganja, push ganja sales and export ganja in large quantities.

And those who are caught using it in small quantities - whether for smoking or cooking - should be fined only, perhaps $500 or some figure that is similar to that charged for failing to testify at a commission of enquiry. Concomitantly, there should be a punishment of community service for those who cannot pay the fine, and a compulsory participation in a drug-rehabilitation programme. This new direction should be supported with a public-education campaign concerning ganja smoking.

Senator Mark Golding, the minister of justice, said "We are presently reviewing the statute dealing with criminal records and the expungement process. And as a tandem or related policy initiative, we are going to be looking to have automatic expungement of all historical records of persons who have been convicted for small quantities or smoking of ganja."

Let us hope this process can be completed this year.

We have had the Chevannes Ganja Commission of 2001 with members such as Dr Eileen Goldson, the Reverend Webster Edwards; Norma Linton, QC; Dimario McDowell, singer; Barbara Smith, former principal; and Tony Freckleton, a businessman. Then there was the Joint Select Committee on the Decriminalisation of Ganja, and then in April 2011, Cabinet appointed a subcommittee of Dr Ken Baugh, Dorothy Lightbourne, Ruddy Spencer; Dr Christopher Tufton, Olivia Grange, and Dwight Nelson. Yet, no movement.

The 2001 report recommended, among other things, that: Parliament decriminalise the use of ganja in small quantities by adults and also as a religious sacrament; the Govern-ment launch a national education programme aimed at reducing the number of young people who use ganja; the security forces intensify their interdiction of large-scale cultivation of ganja and the trafficking of all illegal drugs; the establishment of a Cannabis Research Agency; and that the Government ensures international support for these actions.

In the name of justice, the time has come for these recommendations to be implemented.