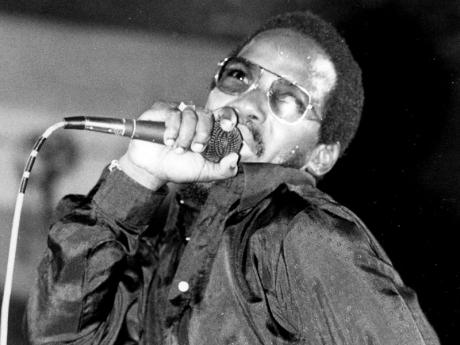 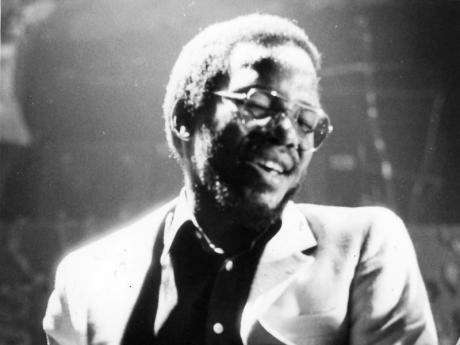 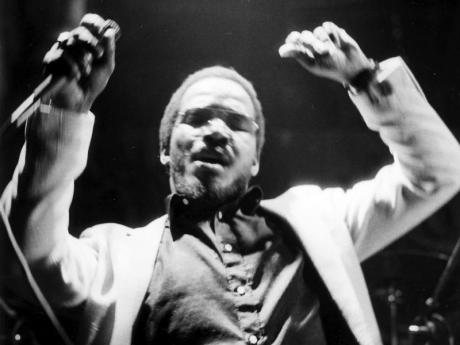 If my section editor or any young adult interested in Jamaican music doesn't know who Delroy Wilson is, or wonders why he would be important enough to command attention outside the Entertainment pages, It's a Shame, to quote one of his songs. It's a shame on us as a society that more Jamaicans don't know the history of the industry which has made the country famous globally.

What is an even greater shame and absolutely inexplicable and incredible is that this musical giant and diminutive figure has never been given the Order of Distinction (OD), though he started his musical career the very year of our Independence and contributed to every genre of our music from ska to dancehall, having worked with producers from Clement 'Sir Coxsone' Dodd to King Jammy's.

Delroy Wilson was our first child star and boy wonder, having started recording at age 13 when he had to be hoisted on beer boxes for concerts. Delroy was an immediate sensation. He was our first superstar. In the ska era, he was a lethal weapon used by Sir Coxsone Downbeat to demolish Coxsone's former employee, Prince Buster. In the first ever salvo fired in what was to become a Jamaican musical staple - the clashes - Coxsone used Delroy to unleash a barrage of 'shots' against the Prince. King Pharaoh (the only song on which Coxsone's voice was ever heard), Joe Liges, Spit in the Sky and I Shall Not Remove burst from Studio One with unimaginable force.

In the ska era, Delroy gave you everything: tracing songs, conscious lyrics (The Lion of Judah, which stoked the growing Rastafarian movement which emerged from his home base in Trench Town) and unforgettable love lyrics (Remember Can't You See?) Delroy, who, unfortunately, died in 1995, knew that when he wanted to send me into a frenzy, all he had to do was to pull for three of those ska hits: Somebody Has Stolen My Girl, Ungrateful Baby and Troubled Man.

He rarely performed those songs, but obliged one Thursday night at Three Little Bears on Holborn Road in one of the best vintage series ever conducted in Kingston and run by, interestingly, Robert Bryan, now project director of the Jamaica 50 Secretariat. That night Delroy belted out some of his greatest hits-including some little-known ones which are among his best, incidentally. Delroy Wilson was a man for all seasons. He gave you everything.

Before Bob Marley, Dennis Brown, Jimmy Cliff, Bob Andy, John Holt, Ken Boothe and Leroy Sibbles were tearing down the place, the name on everyone's lips was Delroy Wilson. He was formidable in the ska era, and when the music changed to rocksteady in the late 1960s, it was then that he was really ready to stamp his dominance on the Jamaican musical scene. In fact, he set the stage for the rocksteady era with his smash hit I'm In a Dancing Mood. Some of the greatest and most memorable hits of the rocksteady era came from the lips of Delroy Wilson: I Am Not a King, Rain From The Sky, Once Upon a Time, True Believer (in Love), Riding For a Fall, Trying to Conquer Me (made to counteract Errol Dunkley), Feel Good All Over, Have Some Mercy, I Don't Know Why, Won't You Come Home, How Can I Love Someone?.

Apart from the Godfather himself, Alton Ellis - in a galaxy of his own - the artiste whom many other greats adored was Delroy Wilson. He was the trailblazer. He was the artiste to pattern. People like Dennis Brown and Errol Dunkley covered Delroy's songs in their early career.

Indeed, the early Dennis Brown sound was the Delroy Wilson sound. The soulfulness was Delroy's. Dennis used that to stunning international success - a success which eluded Delroy; a classic case of the tragic artiste. Dennis admitted to me the influence Delroy had on him. Errol Dunkley's sound is the Delroy Wilson sound. Horace Andy evidences the Delroy Wilson influence. Michael Barnett, who deserves special recognition for the major role he played in the renaissance of rocksteady in Jamaica in the 1990s with his Heineken Startime and Get Ready Rocksteady series, spoke to me of the enormous influence of Delroy Wilson on Jamaican music.

He said in the mid-1980s the great Bob Andy told him that after he and other members of the original and incomparable Paragons would do their studio work, they would then go down to a bar at the corner of Duke and East Queen streets to punch Delroy Wilson songs on the jukebox and say wistfully to one another that they would one day like to be like him. Delroy was the standard.

I am happy that a number of our artistes have been inducted into the Order of Distinction. But it is absolutely amazing that no one has seen it fit to honour Delroy Wilson, to whom all these artistes paid homage. Many of them looked to Delroy for inspiration. Delroy Wilson must be given a posthumous OD in this 50th anniversary celebrations to reverse this tragic oversight. This is the appropriate year to right an incredible, grievous wrong.

People like Omar Davies, Robert Bryan and Bunny Goodison (who has already publicly called for Delroy's honouring), who have the ears of the culture minister, must prevail on her for special arrangements to be made to honour Delroy, though the recommendations for the honours and awards might have closed. This is a special honour for our jubilee celebration. People with far fewer accomplishments and contributions to this nation have been given national awards. There can't be a question about justification for Delroy's receiving this honour.

Apart from his most regrettable alcoholism, which held him back considerably, Delroy was a role model also in his personal life; one of the most humble, modest and decent stars we have ever had. Delroy had a ubiquitous smile and was always good-natured. His alcoholism was, in part, caused by his frustration that he never received the recognition and honour he deserved. Delroy used to complain to me about how he was not recognised; of how long he had been labouring in the musical vineyard without 'respect'.

One night after he had delivered a masterful performance at Baskin's outfit on Mannings Hill Road - I would follow Delroy all over, as I did with Alton Ellis - Delroy pulled me aside downstairs and said, "Me love you like cook food. Man like you give me recognition." The entertainment journalists at the time were pushing the dancehall artistes, particularly the gun hawks and slackness kings. No one was paying attention to vintage artistes, and I decided to run cover stories in the very popular Sunday Magazine on artistes like Delroy, Alton, Ken Boothe, John Holt, Leroy Sibbles, etc. I had begun to feature them on my television show 'Profile'. Then, corruption and payola were big in media, and vintage artistes did not have the money to pay for coverage and 'big-up'. That night, Delroy expressed appreciation that I was calling people's attention to the work of people like him.

I big up Delroy not because of sentiment, though he was always one of my tear-jerking artistes and Jerry Small has a photo of me sadly peering into his coffin at the National Arena. I big him up because of the raw facts. In 33 years of recorded music, he put out 350 songs, with numerous hits. He never acknowledged 'rude bwoys' in any of his songs, unlike even Bob, who had his 'rude bwoy' songs (to which Alton replied with Dancecrasher). Delroy's forte was love, and he was the king of Jamaican romance lyrics. And his signature consciousness song, Better Must Come, impelled Michael Manley to draw for it as his campaign theme song for his successful 1972 election - launching the most politically progressive era in Jamaican politics.

The Government of Jamaica must signal its recognition of the importance of Jamaican music to our history by its award of this posthumous OD to Delroy. He is representative of our best in music from 1962 to today. The Govern-ment does not have to worry about honouring someone whose values were not emulatory, though he was a flawed and fallible human being with feet of clay. Honour our musical heritage by honouring Delroy Wilson. There is no artiste who has not so far been awarded the OD who is more deserving of honour than Delroy 'Saddlehead' Wilson. None in our 50 years.

There have been other greats - the Blues Busters (my absolute favourite duo), Slim Smith, Jackie Edwards, Owen Gray, Laurel Aiken; among others. They never crossed as many genres as Delroy. In terms of sound and sheer melody, it's hard to beat Slim Smith. Slim has given us some of the greatest love songs, the king of the falsetto. But it is here that I believe Delroy, as known by music aficionados, has etched himself in Jamaica's musical history. Some of my favourite Delroy hits - some of the most indescribably smooth and ecstatic songs - are not known by many.

Go to YouTube and hit the button for tunes such as Gave You My Love, Who Care, Give Love a Try, It's Impossible, I Am the One Who Loves You, Keep on Running, I Never Hurt You, It Hurts. Over this Independence season, if you know of any vintage session where the selector knows how to sequence vinyl, and if he is having a special Delroy run, tell me. But prepare me some water and pull me off the dance floor if that selector really knows how to draw Delroy's most romantic songs, for I am guaranteed to have heart attack issues!

Delroy's version of the Wailers' original I'm Still Waiting is among the most soulful of songs ever recorded in this country. His sound is sheer genius on this track. Make this Independence special. Let us see Delroy's name on the honour list for Independence. It's long overdue. What he never got in life, let us give him in death. If we teach our musical history, generations will rise up and call us blessed for honouring Delroy Wilson, a great musical hero. Honour Delroy Wilson.