Lessons from the IMF experiences 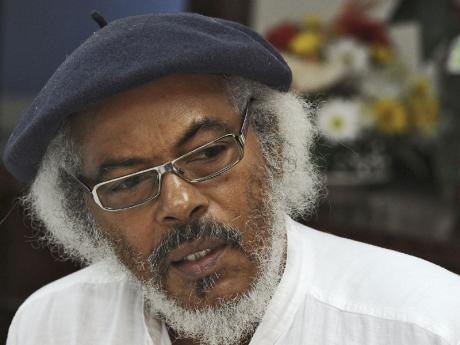 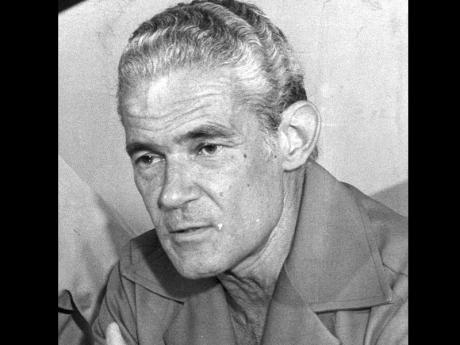 In reflecting on our 50 years of Independence, the Government of Jamaica and the International Monetary Fund (IMF) should draw lessons from the 39 years of borrowing from the multilateral to help to frame the agreement currently being negotiated. So much has changed in our attitudes since the history-changing agreement with the Fund of 1977.

Today's negotiators were university students then, and conscious enough to understand the critiques of the agreements of those years and the global and domestic political interests the agreements supported, whether intended or not. The lead IMF negotiator of the aborted 2010 agreement is one of several Jamaicans who occupy very senior positions in the IMF. One of their peers, who is currently a lead negotiator for the Government of Jamaica, co-authored one of the most incisive and cited critiques of the IMF's relations with the Third World, using Jamaica as a case study.

In 1977, Jamaica and the IMF knew very little about each other. Today, after hundreds of studies of the IMF, and after many international and local studies of the Jamaican economy, the negotiators for both sides know a lot more.

In the general election of December 1976, the People's National Party (PNP) campaigned on a platform of democratic socialism, and at one famous political rally in a packed stadium, Michael Manley declared, "We are not for sale." In the context of that ideologically charged campaign, the government dared not publicise that it was even meeting with IMF representatives, much less negotiating a loan agreement.

It had been rumoured that the IMF team had been meeting secretly on the north coast, disguised as tourists, with our leading technocrats and a senior member of the political directorate. In the mid-1970s, large sections of the public believed that the policies supported by the IMF's loan conditions would undermine a path of economic development that was inclusive of all social classes.

Today, we celebrate the arrival of an IMF team, expect quick negotiations between like-minded parties, and rejoice when we get a loan with its numerous stringent conditions.

Since 1977, seven of the 12 agreements with the IMF were cancelled because Jamaica failed some performance tests. Of the five that were completed, two required special waivers of performance tests by the IMF. The critics of the IMF among us believe that the conditions of the loans were too harsh for Jamaica to meet. The defenders of the IMF among us believe that governments' mismanagement of the agreements caused us to fail so many, and not to benefit much from those we managed to complete.

It is tempting to wonder whether the shift in public opinion in favour of the IMF and the inclination to blame ourselves for the failures of the agreements reflect a waning of the confidence with which Jamaica began its Independence. Many of yesterday's critics of IMF-type policies are today endorsing them as critical for national survival.

In all the loan agreements, the IMF has called for reducing the government's Budget deficit. Inevitably, this means increasing taxes and reducing non-debt expenditure on social services and economic development projects. Allied to this is the sale of public enterprises in order to raise revenue, as well as to reduce the role of the State in the economy. The momentum of these agreements has shifted the focus of the Jamaican State away from social and economic development to repayment of debt and providing security against antisocial behaviour by large sections of the population who feel disenfranchised and excluded.

The IMF always asks for exchange-rate flexibility, which means reducing the value of the Jamaican dollar. That always drives up the costs of imports, and hence all costs, but never stimulates Jamaica's traditional exports. Devaluations may make non-traditional exports more attractive to foreigners, but we have too few of those to make any significant difference to our balance of payments.

Over the course of these agreements, the IMF led the campaign to liberalise the Jamaican economy, arguing that the free play of market forces would promote the growth of the economy. The record of extremely low growth - less than one per cent per year - is evidence that these projections were uniformly optimistic.

The negotiators for the IMF and the Government of Jamaica must realise that the strategies pursued for the past 39 years are unlikely to stimulate economic growth in 2012, all the more because of the mountain of debt, the harshly competitive international economy of today, and the probability of severe weather events.

There is an oft-repeated view that the economic problems of Jamaica stem from the bad policies of the 1970s. The policies that are being referenced were announced in 1973 in response to the energy and food price crises. Many of them never received much budgetary support. The IMF agreement of 1977 began the process of forcing the Government to cut funding for many development projects, and to lessen its control and direction of the economy. By 1979, the Government's resistance had been broken by the loss of popularity because of the economic hardships.

The thrust of public policy to self-reliance and more equity had been halted, and the Opposition began a successful campaign to "turn back" the direction of development policy. Instead of transforming the economy to make it more independent through increased reliance on our own resources, the IMF and its local supporters promoted continued dependence on foreign investment and imports for production and consumption. The policies of the 1970s lasted at most six years, and could not have had more impact than the 39 years of IMF loans and conditionalities.

Recently, the IMF has projected itself as a changed, more sensitive institution. But none of the changes of the IMF's governance and its loan programmes will benefit small, poor countries like Jamaica. Some opinion makers have been convinced by the IMF's public relations and seem to ignore the evidence that curtailing public expenditure on development projects and reducing the State's direction of the economy have not produced the promised economic growth.

The reality is that even robust flows of private investment have not been sufficient to generate sustained economic growth at the relatively low rate of three per cent per year. Surely, the IMF should join the repeated calls for a partnership of equality between the public and private sectors, and not "like the rider and the horse", as the British governor promised the newly independent Zambia.

Why can't the IMF tolerate a longer period for eliminating the fiscal deficit, so as to give more time for public expenditure to support the growth process? Almost every previous agreement projected eliminating the fiscal deficit in three years, but none achieved it. Does it make a major difference to fiscal responsibility to eliminate the deficit in six years instead of three?

The obsession with exchange-rate flexibility is even harder to comprehend after the elusive chase of the 'true value' of the Jamaican dollar for the past 35 years. In 1977, the IMF negotiators were warned that the devaluation of the currency would generate instability, as persons would speculate with certainty that the value of the currency would fall, and that it would set in train a process very much like a dog chasing its own tail.

The evidence is there, but will the negotiators of both the IMF and the Government of Jamaica take it into account? Young people today find it hard to imagine that in 1976, the exchange rate was J$0.98 to US$1. Will their children live with exchange rates that are so high, that they will think that J$89 to US$1 was incredible too?

A new and different, more sensitive IMF should see investment in people as essential to increasing labour productivity so as to increase the competitiveness of the Jamaican economy.

The other main element is management productivity, about which there seems to be a conspiracy of silence, even though senior management takes the lion's share of income. Public expenditure to enhance the capabilities of the Jamaican people should be seen as productive investment, and not as wasteful public consumption. Performance targets should be set for management to correspond to the responsibilities that the private sector has been assigned for the leadership of the economic development process. In the partnership of equals, both the Government and the leadership of the private sector must be held accountable.

The negotiators of the next IMF agreement must use new approaches to give Jamaica a chance to avoid sinking further into debt and stagnation, as happened with the 2010 agreement, and to stimulate economic growth. This will give the IMF some success to tack on to its claim to be new, different and sensitive.

Given the mistakes of the past, the negotiators on both sides should be cautious in forecasting the performance of the Jamaican economy in a hostile and volatile international economy and a hazardous natural environment. They should consider rebalancing the new loan programme in favour of developing the human capital of the population and not only securing the financial capital of the lenders.