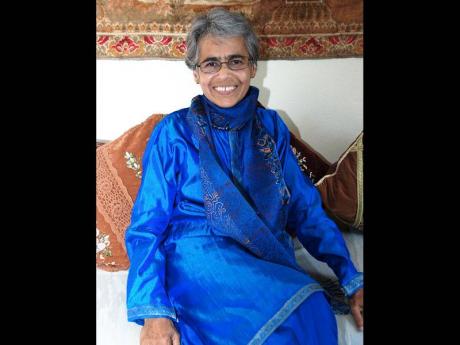 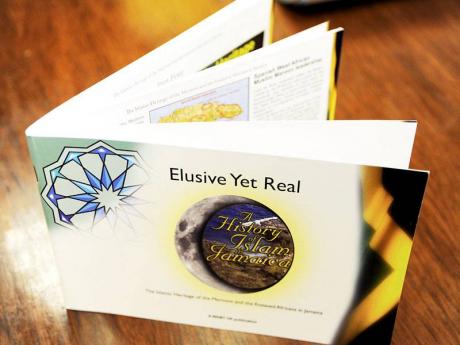 After 26 years in Jamaica, Dr Sultana Afroz is going back home to Bangladesh. A lecturer and historian at the University of the West Indies, Afroz is not one to mince words and is sometimes described as controversial, a title she embraces. "I'm happy for it," she told Flair in a recent interview at her College Common home in St Andrew.

Some local historians see her work as controversial because she claims that some of the Maroons and enslaved Africans who came to Jamaica were Muslims.

"I'm not going to talk nonsense, I must have my evidence. The focus is not on ethnicity, it is religion. The historians have not read the documents properly," she said, passionately.

Afroz started developing the theory while on an archaeological dig in Moore Town. While there, she spoke with some Maroon elders, and being a Muslim herself, quickly recognised some Islamic terms in their speech. When she met the colonels and Maroon council members, she was greeted with the official Muslim greeting. From her subsequent research, her book, Invisible yet invincible - the Islamic heritage of Maroon and enslaved Africans in Jamaica, came to life and will be released in England on July 31.

An abridged version Elusive Yet Real - a history of Islam in Jamaica, is already available in the island and was presented to the Ministry of Education for review with the hope that it will be approved for use in high schools across the country.

Islam and the Maroons link

In it she outlines the link between Islam and the Maroons especially Cudjoe and Nanny, whose real name, according to oral tradition, was Sarah. "Nanny is misunderstood," she said of Jamaica's only heroine. "Anything unexplainable or inexplicable is obeah. Obeah is evil and someone who is evil cannot be a heroin. Sometimes it makes me so sad that the truth is being distorted."

Afroz hates labels. "I don't like to be called an 'authority' and I don't call myself an Islamic scholar." But a historian she is even though history was not her first love. As she went through the Holy Cross school system in Dhakra she wanted to study psychology.

"My father was a professor in international relations. I didn't want to do history, I wasn't enthused. I thought it was a dead subject." However, when she started studying at the University of Dhaka, it was to read for a bachelor's degree in history. "But when I started doing diplomatic history it was very lively."

That led to Afroz doing her first master's degree in contemporary history and a second in American history before her MPhil and doctorate in American diplomatic history. All were completed in the United States.

After earning her doctorate, her search for a job brought her to Jamaica. "It was originally supposed to be for one year," she told Flair noting that she felt right at home in Jamaica. Arriving in what was a politically active era was not a deterrent to Afroz. As she told Flair, "The 1980s in Jamaica wasn't a grand time, but I took the chance. No matter what, if you tend to be focused on your work, you will get through."

Afroz has realised that there are many who have an interest in everything she says.

"That's because I'm analysing truthfully." She told Flair that for that reason she believes her phones are bugged, and she has received emailed death threats. "The phone makes me uncomfortable, the line is open and I can hear the echo," she told Flair.

As for the death treats? "I'm a Muslim. You only die once," she said simply. She told Flair that her blog INZENJERO, which was designed for her by one of her students, was shut down.

"I'm analysing truthfully, I'm giving you motives and reason. I will never fail in telling the truth."

She told Flair that some of the information released surrounding the Arab Spring and the death of Osama Bin Laden and former Libyan leader Mommar Ghadaffi are false.

With her academic career now behind her, these and other 'truths' are what Afroz's life will be focused on. "I will miss my students, but I don't want to sit down and grade papers anymore. I think it's time. I've done my work."