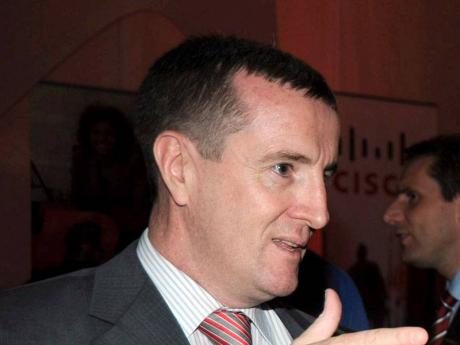 Telecommunications giant Digicel is calling on the Government and the Office of Utilities Regulation (OUR) to implement the necessary structures so that mobile and landline customers are able to retain their existing number when switching to another network.

"Digicel Jamaica is today calling on the Government and the regulator to act on its promises and move swiftly to put in place the necessary working groups and structures to make local number portability a reality in Jamaica," said Digicel's chief executive officer, Mark Linehan, in a release yesterday.

Linehan said it is of importance that the Government ensures that the issue of local number portability applies also to fixed lines and numbers so that a level playing field exist across the entire Jamaican telecoms landscape.

Linehan also said, "Importantly, local number portability must also apply to fixed lines and numbers so that customers can vote with their fingers and benefit from true competition. We look forward to working with the Government and the industry to kick off the process as soon as possible."

The call by the telecom-munications provider came on the day when the $5 per minute interim mobile termination rate for incoming domestic and international telephone calls set by the OUR took effect.

The OUR had stipulated the new rates following amendments to the Telecommunications Act passed in Parliament earlier this year. Last Thursday, Digicel lost its court challenge of the OUR's decision on the basis that the company should have been consulted on the matter before the decision was made.

Responding to the call by the tele-communications giant, yesterday state minister in the Ministry of Science, Technology, Energy and Mining, Julian Robinson, told The Gleaner that the Simpson Miller administration was committed to ensuring that number portability becomes a reality.

"This is something the Government is moving towards, but we have to work out a timetable as there are a number of technical issues that we have to deal with first."

The state minister was unable to give any commitment on the timeline for implementation but added: "What I can say for sure is that the Government is committed to making number portability a reality.