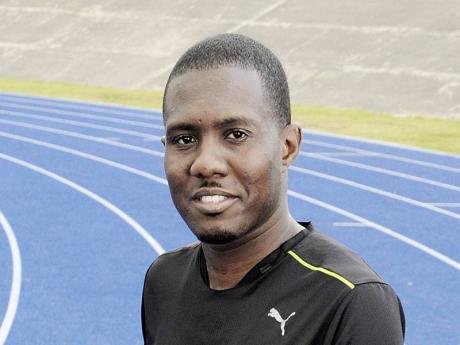 There I was, waiting to board a coach (bus) the other day, trying my best to control the bursting urge that was beginning to take over.

The coach was scheduled to leave in a little over five minutes and as the seconds ticked away, I was beginning to have less and less confidence that I could in fact contain it for the duration of the long trip that awaited.

It had to go; I had to go and I had 300 seconds to get it done. I remembered having passed a restroom sign five to 10 metres down the corridor in the coach station, but the question I asked myself; 'was there enough time?'

Off I went, speeding down the hallway (at least in my mind it felt like I was speeding), around sharp bends, hurdling fallen suitcases and dodging fellow passengers and their luggage - time was going, this was a matter of real urgency.

Soon, there it was, the restroom appeared before me like a safe haven; Shangri-La. But wait, why the hell was there a turnstyle and why was I seeing an 'Insert 20p for access' notice?!

This couldn't be happening, where the hell was I going to find 20 pence? Surely not in my pocket as I had no coins, I knew I didn't, but I felt my pockets anyway. As I pondered my next move, my co-worker and photographer Ricardo Makyn called my phone and in a further depressing monotone, warned: "Yow bredren, the bus a leave inna three minutes enuh."

I explained my dilemma and after wasting five precious seconds laughing at me, Mr Makyn finally told me that he had some coins.

I did manage to get back in time after racing down the corridor and taking care of business, but it stuck with me throughout my bus ride that you seem to have to pay for just about everything in this place.

Whose idea was it anyway to charge someone to urinate? Train stations, malls, coach stations; wherever you are in England, seems you have to pay to pee.

Wonder how that would work in Jamaica ... Not very well, I'd imagine. I can see it now, islandwide protests: "We want justice, Sista P, don't tax di P".

Funny thing, though, is that there was a restroom in the coach all along and I could have saved myself the trouble and saved Mr Makyn's 20 pence while I was at it.