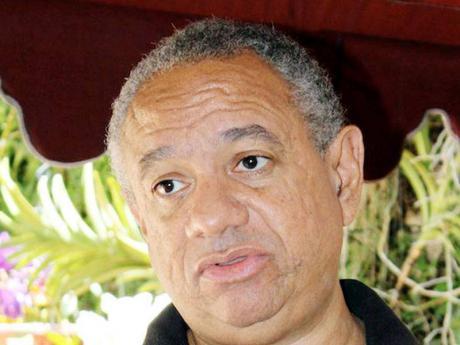 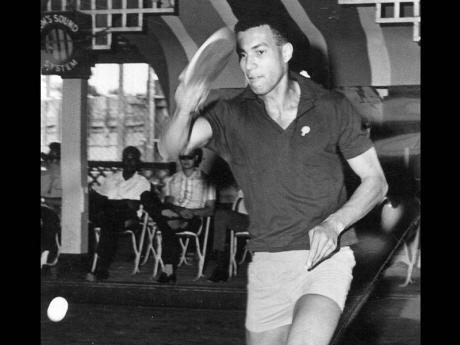 Hopefully, Jamaica 50 will focus less on dances and more on learning from Independence icons of national development. These icons could be nominated, then inducted by popular vote into suitable legacy-protecting institutions. In sports (except cricket, where we're still confused regarding nationality), 50 years of independent legacy can be proudly celebrated.

In football, we've qualified for the World Cup Finals. We have icons like 'Lindy' Delapenha, 'Siddy' Bartlett and Allan 'Skill' Cole. We have a structured, independent football programme not copied from the British. It's, however, disappointing many Jamaican football aficionados calling themselves Man U, Chelsea or Arsenal fans can't name a Reno player.

Track and field's recent heroics have spoiled us. The great George Kerr never won Olympic gold but secured an Olympic 800 metres bronze. I sat in the National Stadium (1966) bursting from pride as George ran his heart out to win a Commonwealth Games bronze medal in the 880 yards. In 1962, he'd won double gold in the CAC Games (400m and 800m) and Commonwealth silver in the 880. Those 1962 wins signalled the first time the Jamaican flag was raised in recognition of athletic gold. The first event held at that stadium was won by boxer Bunny Grant.

We forget table tennis was one of Jamaica's most popular sports. My hero was Orville 'Les' Haslam. With every respect to Jamaica-born Desmond Douglas, 11-time English champion who became world No. 7, Haslam, with his savage attacking style and receiving stance reminiscent of a caged tiger, was the best I've seen outside of the Asian nations. Games between Haslam and Fuarnado Roberts, who played a completely different style, were true gems. Roberts, a patient, defensive player who could extend a rally interminably, tried mightily to frustrate Haslam. Les was his master.

In the summer of 1970, I saw the best TT game ever played in Jamaica from a prized seat in a packed National Arena. US No. 2 John Tannehill came for a celebrated match with Haslam, who was still based in London and ranked among the British top 10. Thousands attended that night to cheer Jamaica's hero. In his 2005 speech inducting Tannehill into the USTTA Hall of Fame, historian Tim Boggan recalls the event thusly:

As the fans were on their feet screaming, John kept thinking, "This Haslam hits the ball harder from both sides than anybody I've ever seen." The normal expression in Jamaica for a good loop that's returned high and is followed by a good kill is, "Loop! Cock-up! Wham!" But an ardent fan of Haslam's was yelling, "Loop! Cock-up! Wham! Wham! Wham! Wham!" In fact, both players were whammin' like crazy. Until in the fifth, when Les breaks open the game and by 'sheer power' finally subdues John.

True measure of the man

In 1971, Haslam travelled directly from Kingston's CAC Games to win the Empire State Open in New York, defeating USA's top players. The true measure of the man is gleaned from a story told by USA's John Ebert, one of the Pan-Am winners in the 1971 Wheelchair Games in Kingston, of how Haslam, despite his status in Jamaica as a sports icon, shagged balls for the wheelchair players hour after hour, day and night, for two whole days.

Who knew cricketer Maurice Foster was also one of Jamaica's best TT players? His entire family, including sister Joy (at eight, entered the Guinness Book of Records as the youngest senior national sporting representative from any country) and brother Dave, played the game to the highest level. Joy (1961) and Maurice (1973) are the only siblings to win Sportsman/Sportswoman of the Year awards. Haslam, the Master, Roberts, the Genius, Leo Davis, the Technician, and Cornel France, the Champion with a wicked backhand flick, were TT stars.

For the ladies, Monica DeSouza, three-time Sportswoman of the Year and an avid poker player, reigned supreme. Who knew Supreme Court judge Ingrid Mangatal, currently unravelling complex commercial lawsuits, graduated top of her Campion College class; was inducted into Campion's Hall of Fame (2009); is a former national TT champion; and an English-speaking Caribbean Under-17 champion? She finished runner-up to Venezuelan Elizabeth Popper in the U-17 Caribbean open, and, still a legal infant, represented Jamaica with Nadine Senn Yuen (doubles) in 1979's US Open in Nassau, losing to the South Korean pair Chung Lim/Choi Jae Ok.