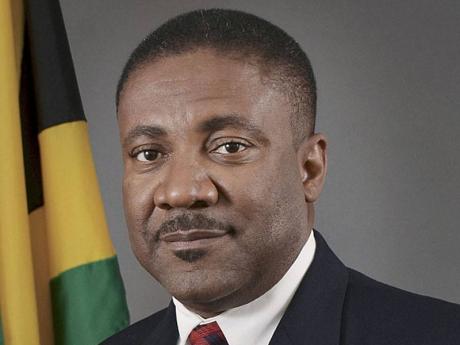 He otherwise announced that Jamaica will auction off a new cellular phone licence and a fibre-optic licence, which will add increased competition in the telecoms market.

Speaking in Parliament, Paulwell told lawmakers that the LNG committee would now begin negotiations with Samsung, which beat out companies such as Exmar Marine of Belgium and Sener Ingenieria y Sisternas, SA of Spain for the job to develop the floating storage regasification unit.

Under the commercial structure formulated by Government, LNG gas will be funnelled through the LNG infrastructure, which will comprise a terminal and pipelines for distribution to end users, such as the Jamaica Public Service Company's 360-megawatt plant.

Paulwell said that bidders for the supply of LNG have asked Government for a fortnight's extension to Friday, July 27, which was granted based on a recommendation from the LNG committee now headed by Dr Carlton Davis.

"In terms of the LNG supply RFP (request for proposal), the Jamaica LNG project team received requests from all three short-listed LNG supply bidders for an extension of the original bid submission deadline," he said.

The bids were originally due by July 17.

The introduction of LNG forms a key element of the Government's effort to drive economic growth via slashing electricity costs, currently among the highest in the region. The submissions for the LNG terminal were due by Friday, April 27, 2012 and the final second-stage proposals for LNG supply was originally targeted for closure by the end of June 2012.

The initial demand for LNG is approximately 0.8 million tonnes of LNG per year, with future demand projected at 2.5 million tonnes per year by the end of the decade, according to Government. It is expected that the importation of LNG will serve to spur economic growth in industries across the island that would benefit from the availability of natural gas and lower energy prices.

The Cabinet, in March 2012, approved the formation of the Jamaica Gas Trust (JGT), which will act as the sole LNG purchaser for the project. It will be capitalised with US$100 million and managed by the private sector. The JGT will execute the major commercial agreements, including the LNG Sale & Purchase Agreement, Terminal Use Agreement, Gas Sales Agreements and Pipeline Transportation Agreement.

Part of the hold-up of the LNG project has been uncertainty over supplies of gas. Last week, Jamaica's Ministry of Industry, Investment and Commerce issued a statement saying Trinidad had signalled it was committed to resolving the issue of supply.

Turning to the telecoms sector, Paulwell stated that the Government would auction spectrum to facilitate the introduction of new cellphone services.

"Mr Speaker, we intend to allocate one licence for the 700 spectrum by auction, for which there will be a reserve price. We will also attach to that award a new international fibre-optic cable licence," said Paulwell.

He explained that the allocation of the 700-megahertz (MHz) band will provide a more cost-effective option for the deployment of 4G and Long-Term Evolution (LTE) networks in Jamaica. He said that 4G has the capacity to deliver data rates of up to 100 megabits per second (Mbits/s) of download, and up to 70 Mbits/s upload, which enables video application on the downlink as well as uplink.

"This will allow video-sharing, surveillance, conferencing and streaming in higher definition than is possible with existing 3G technologies," the minister said.