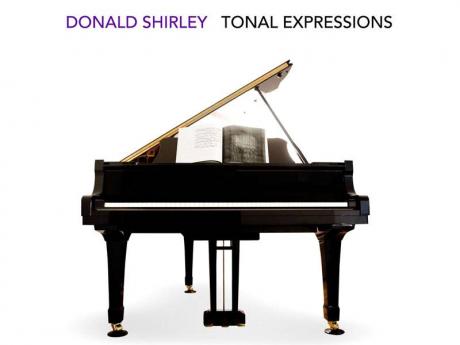 The cover of one of Dr Donald Shirley's recordings. - Contributed

I first became aware of Don Shirley around 1963 through one of my mentors, a proofreader at The Gleaner, and at different times, in the newsrooms of both RJR and JBC. He had lived in Harlem, New York, from the late 1940 through 1950s and seemed to have known everything. In addition to the acclaimed artistry of Enrico Caruso and Maria Callas, the creative brilliance and courage of Mahalia Jackson, Bessie Smith, Paul Robeson, Duke Ellington and Louis Armstrong, he also encouraged those of us around to keep in mind that there were others from the Caribbean, and in particular Jamaica, who were no less accomplished.

He dutifully hipped us to many internationally recognised and considerably important Caribbean artistes such as vaudeville's Bert Williams, piano players Hazel Scott and Winfred Atwell (also called the Amazing Miss A), US Congress-woman Shirley Chisholm - who was also a pianist, trumpeter Leslie 'Jiver' Hutchinson, alto saxophonist Bertie King and many more.

Through his many careers as concert pianist, composer and psychology researcher, Dr Shirley exemplifies the best of Jamaica's contribution to the innovation of music, from classical to jazz, and from pop ballads to Afro-spirituals - accomplishments that led the Christian Science Monitor to declare, "Don is destined to revolutionise the popular forms of music."

Born January 29, 1921 in Kingston, Jamaica, Shirley began his studies early, starting the piano when he was two and a half years old under the instruction of his mother. At nine years of age, the young Don Shirley moved to the Union of Soviet Socialist Republic, where he studied piano and music theory with Mittolovski at the Leningrad Conservatory of Music. He continued his studies in organ and music composition with Dr Conrad Bernier and Dr Thaddeus Jones at the Catholic University of America in Washington, DC.

As a teenager, Shirley began performing in New York, particularly in the jazz-centric clubs of Basin Street, where he would meet and play with jazz legend Duke Ellington. Ellington would confess that Shirley would be the one pianist to whom he would "give up his bench".

The next year, the London Philharmonic orchestra would also feature his first major composition.

After a breakthrough appearance on the Arthur Godfrey Show, Shirley expanded his music career, performing in orchestras around the world. The Haitian government, at the request of the Archbishop Le Goise, and President Estime, invited Shirley to perform at the International du Bi-Centenaire De Port-au-Prince in 1949.

As a soloist, Shirley performed with the Detroit Symphony, the Chicago Symphony, the Cleveland Orchestra, the National Symphony of Orchestra of Washington, and the NBC Symphony of the Air, where he introduced the orchestral version of New Worlds A-Comin, opposite Duke Ellington, at Carnegie Hall.

He also performed as a guest soloist for the Alvin Ailey American Dance Theatre, at the Metropolitan Opera House in New York City.

Dr Shirley is also one of only three piano soloists to have performed at the famous La Scala opera house in Milan, where his programme paid homage to Gershwin's repertoire.

His key compositions include a set called Variations, inspired by the Greek legend of Orpheus descending to the underworld, and a tone poem called Finnegan's Wake (based on the James Joyce's novel), which premiered at the New York Philharmonic.

During the 1950s and 1960s, Dr Shirley would also record 16 albums for Cadence Records. His first release for Cadence, Tonal Expressions, would be reviewed in a 1955 Esquire Magazine article, which praised Don Shirley as "probably the most gifted pianist in the business. He is so good that comparisons are absurd".

Many of his studio recordings and live performances have been re-released through master compilations, such as Collectible Jazz Classics, Golden Classics, and Walbridge.

The artistic distance between Irish ballads and Greek legends illustrate Dr Shirley's reverence of the global music traditions that shaped his eclectic musicianship, both for his independent compositions, and his interpretations of recognised classics. Rooted in his classical training, Shirley reimagines and fuses jazz, Pop Standards, Afro-spirituals and folk traditions together to expose deeper, unrevealed significance, transporting the listener "from the known to the unknown" (as Shirley puts it).

It is this aware, intelligent engagement with diverse forms that provoked Russian composer Igor Stravinsky to declare "his virtuosity … worthy of Gods".

His treatment of the piano as string instrument instead of percussion preserves the pliable, refined tone that defines his style.

Singer Sarah Vaughn describes his approach as "the most glorious sense of shading, phrasing and balance I've ever heard," while Nat King Cole regard his piano calibre equal to pianists Vladimir Horowitz and Arthur Rubenstein.

Bentley Stegner of the Chicago Sun-Times would laud his technique for the "big round notes that fall as softly as velvet, or make bright, little ones leap up like the tinkle of ice in a glass".

Reviewing his performance in Kingston 56 years ago, The Gleaner on Monday October 3, 1956 raved: "Displaying a technique far more prodigious than any demands were made upon it, Dr Don Shirley, in his opening concert at the Ward Theatre on Saturday evening, gave a performance that was unmarred even by the fact that the lowest octave of the piano was in apart slightly out of tune."

Dr Shirley added his own genius for arrangement, and he may well be the one to perfect the great work on behalf of American composer George Gershwin. In fact, his medley of Gershwin compositions toward the end of his performance was easily the best item of the evening." The review continued by adding: "His pianissimos were like whispers and his crescendos were well approached. His cadenzas were brilliantly executed and his touch was unusually clean. Altogether his technique should satisfy even the most pedantic."

Dr Shirley also holds many distinctions outside the field of music. He speaks eight languages fluently. Briefly breaking from his music career, Dr Shirley also pursued and received numerous PhDs: a Doctorate of Psychology (Phi Beta Kappa) from Harvard University and a Doctorate in Liturgical Arts and a Doctorate of Music from Catholic University of America. It was this unique combination of research interests that led him to his psychology research and his eventual return to music.

While teaching at the University of Chicago, Dr Shirley was given a research grant to explore the possible psychological connections between music and the crime wave occurring among the youth community during the 1950s.

His controlled studies researched the listeners' responses when exposed to various tonal sequences, an experiment that explored the possible impact of particular kinds of music on human demeanor.

Until recently, Dr Shirley was a composer in residence at the famous Carnegie Artist Studios. He has been awarded the Isaac Stern Medallion, and for many years was the only other Carnegie studio resident, (besides the late pianist and composer Leonard Bernstein) who performed annually at Carnegie Hall. Although still internationally considered among the echelon of pianists from his generation, Dr Shirley is yet to receive the appreciation due from his homeland his technical skill, his intelligence and his musical imagination warrant.

Herbie Miller is the curator of the Jamaica Music Museum.