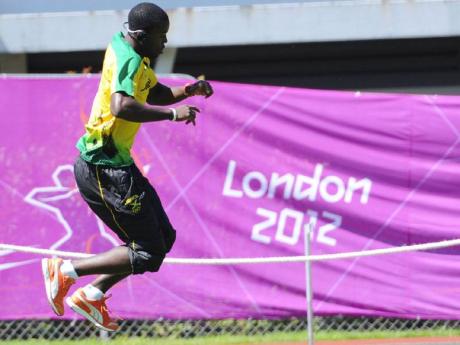 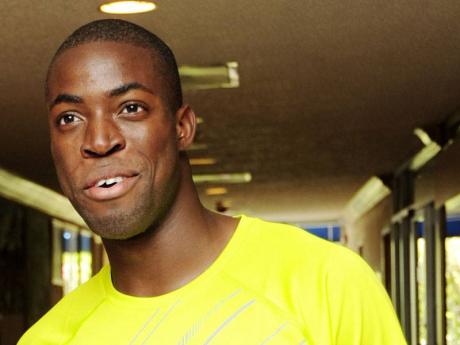 Taking a breather after a training session the other day, the former Calabar High school man decides to chill under a tree and jokes around with a few of his Jamaican teammates.

It has been a whirlwind year for him; becoming the first athlete in the 106-year history of the United States' National Collegiate Athletic Association (NCAA) to win the 110m hurdles and the 100m events, sealing a deal with German sports goods giant PUMA and sealing a place on Jamaica's Olympic squad, after finishing second at trials.

After a long and challenging NCAA season, which saw him completing his senior year in style for the University of Illinois, Riley is taking it easy these days - going slow so that at the appointed time he will be in the best condition to go fast.

The 110m hurdles is one of the most eagerly anticipated events at the Olympic Games, with world leader Aries Merritt, world record holder and defending Olympic champion Dayron Robles and Liu Xiang leading the lines, the young Jamaican, who ran a personal best 13.19 at trials, has not dismissed his chances of making a mark.

"First of all, I am very happy with how things have gone. This is my first Olympics and I'm just taking it all in stride and looking to make the most of this experience," Riley said, while laying out his basic target of making the final.

"I'm just focused on going in and competing to the best of my ability. I'm definitely looking to compete in all three rounds, and that will get me into the finals and in a hurdles race, anything can happen, so that's the focus," Riley noted.

Then reiterated: "Anything can happen in a hurdles race, you're facing 10 barriers and they are the competitors that I focus on more than anyone else."

Notwithstanding, the 23-year-old, who like national champion Hansle Parchment leads a line of upcoming Jamaican sprint hurdlers, knows all too well that making the final itself represents a massive challenge.

"The hurdles is one of the biggest events in the Olympics this year. There are guys running 12.9s this year and so it's going to be very competitive. It's not like you have a single individual running times that no one else is running, so it's going to be very close and for me it's to just focus on what I do in training and go out there and give it my best," Riley said.

With making the finals his primary dream, Riley will no doubt be stepping up the pace in the coming days as he primes himself for the show of his life on sport's biggest stage.