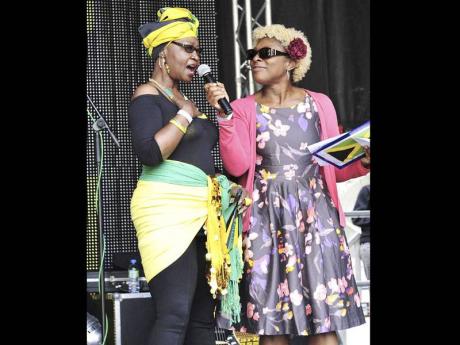 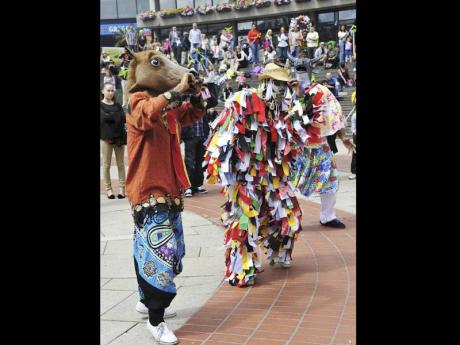 WITH all the vibrancy and colour of the Caribbean, Birmingham's five-day Jamaica in the Square celebrations took off in a mass of black, gold and green flags.

Even the city's iconic Iron Man statue in Victoria Square was wearing Jamaican colours as scores of stalls and food outlets opened for business on the first day of the celebrations to mark Jamaica's 50th year of Independence.

Some of the stall-holders had travelled from Jamaica to take part in the celebrations, including Debbie Moore, from Kingston, with her accessories business called Image Matters.

Supported by Birmingham City Council, Jamaica in the Square hopes to build a strong trading foundation between the two nations in the wake of the Olympics and the Independence celebrations.

Anthony Hylton, Jamaica's minister for industry, investment and commerce, who helped to officially launch the event, said: "Thank you Birmingham for being such a superb host city to our Jamaican Olympic team. The camp at the University of Birmingham was exemplary, the food and nutrition was top drawer."

He added: "Team Jamaica is, therefore, well prepared and ready to make history at London 2012. In this, Birmingham can be assured of its place in the exciting legacy of these games, which I promise you, based on the anticipated Jamaican gold rush at London, will be sufficiently large enough for all to share."

Birmingham City Council leader Sir Albert Bore praised the contribution the Jamaican community had made to Birmingham with their unique culture and heritage.

The next four days will include acts from the spoken word to a 'reggae splash' special on Saturday, showcasing an array of bands and singers who have made Birmingham one of the most important cities in the world for reggae since the 1970s.

Sunday's events, dubbed 'cool runnings', will focus on Jamaican cultural and sporting achievements, including public lectures and the Vanley Burke project - showcasing the work of one of the city's most talented photographers.

The Independence day celebrations on Monday will include a flag-raising ceremony outside Birmingham Council House at 6 pm and entertainment from Freddie McGregor later on at 9.45 p.m.