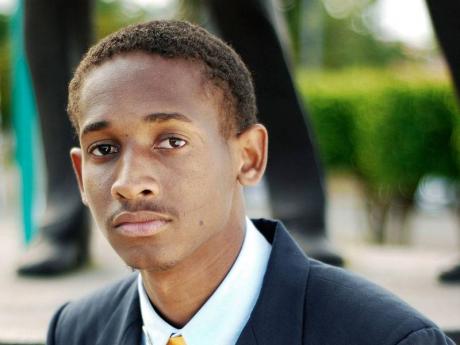 If there was anywhere on Earth where it was legal to blaze the chalice, one would think that that place would be Jamaica, popularised by our own legendary ambassadors such as Bob Marley (in singles such as Kaya), Peter Tosh (Legalise It), Yellow Man (Sensemilla), Rita Marley (One Draw, more popularly known as I Wanna Get High) and Buju Banton (Driva).

After the most recent recommendations to decriminalise weed, made by national commissions set up in the late 1990s by the government, namely that of former prime ministers P.J. Patterson and, more recently, Bruce Golding, to study the phenomenon of this herb, it would appear that support is growing in Parliament. Justice Minister Mark Golding and Opposition Senator Tom Tavares-Finson have shown their cards.

These individuals, despite international constraints, are now echoing a nearly century-old cry of our people, whose cultural custom of using the herb widely as medicine, intoxicant, and in religious sacraments, has been criminalised.

There is no doubt that this sweet 'sensemilla' has caused a few medical and social problems. Notwithstanding this, these problems stem from the unregulated use and simultaneous criminalisation of its use, combined with an English Common Law foreign to our cultural norms.

As said by columnist Daniel Thwaites, combined with the words of Bob Marley, "Wi tiad fi lick weed inna bush and wi tiad fi lick pipe inna gully" ... so "excuse me while I light my spliff / good God, I gotta take a lift / From reality I just can't drift / That's why I am staying with this riff."

This has been the passive resistance and boldness of a defiant society since the criminalisation of ganja in 1913, which was highly influenced by Jamaica's white ruling elitist and Judaeo-Christian groups. Since then, prohibition of the 'high grade' has proven counterproductive. This has been compounded by Jamaica becoming a signatory to international anti-marijuana treaties and drug/narcotic-control conventions with the United Nations, leading to thousands of Jamaicans being beleaguered, imprisoned and even murdered.

robbed of a living

Needless to say, the working-class people who cultivate ganja have been robbed of their only means of earning a living. I find it trifling and a waste of the legal system's resources when the police apprehend, process, and hold a person in custody for a court hearing over a spliff, only to hear the court fining $100 or sentencing to 30 days in jail.

Jamaica's climate, culture, and topography are ideal for ganja cultivation. The commissions set up as early as the 1970s to study ganja and make policy recommendations proved this evident and all recommended ganja's regulated legalisation. It is no coincidence that all the recommendations of these committees correspond, the most recent of which, in a commission chaired by Professor Barry Chevannes, further advised to end criminal sanctions for adults who use the substance in small quantities for private and personal use, and as a sacrament in religious rites.

The report argued that the current laws not only put an unbearable strain on the relationship between the police and communities, but also result in contempt towards the justice system, instead of fighting crack/cocaine trafficking.

It is no surprise that after the Jamaican Government expressed public endorsement of the commission's recommendations, like all other commissions before it, the same Government ended up ignoring the commission's recommendations consequent to the US Embassy's disapproving response as communicated by the Embassy's spokesman Michael Koplovsky: "The US opposes decriminalisation of marijuana use ... . The US government will evaluate if such proposals violate Jamaica's commitments to the 1988 United Nations anti-drug treaty."

It is noteworthy to say here that while Jamaica is cognisant of the obvious possibility of violating international treaties on drug control, it is safe to say that the Government fears being slapped with prejudicial sanctions should it attempt decriminalisation. Sanctions such as the withdrawal of most United States foreign assistance, to opposition to loans sought from cosmopolitan development banks and multilateral lending agencies. This, however, does not justify stifling our country's growth and oppressing our people for the magisterial cause of the UN or the US.

While our country suffers as a result of the United States pressure, the industry is booming in that country. In fact, the largest region in the US that produces cannabis for legal use is in California (Emerald Triangle) and might now be considered the ganja capital of the Western Hemisphere. Outdoing Jamaica in length and economic robustness, which is solely dependent upon the production of ganja, the Emerald Triangle is 10,260 square miles (26,600 km); two times the size of Jamaica, which is 4,244 square miles (10,991 km), and makes a profit of US$1 billion a year from cultivating the plant.

California ganja laws provide for the existence of producers and the regulation of dispensaries of ganja, medical use, transportation, possession, cultivation, and even driving under the influence of marijuana.

Yet the US government and its Food and Drug Administration blocked approval for using the Jamaica-based Asmasol in America for the treatment of cough, cold and bronchial asthma, which is one of the medicines resulting from the Canasol Cannabis Extract Research endorsed by the Jamaican Government.

I say to the Jamaican Government, wake up and smell the 'high grade', for it just might clear your vision so you may see modern-day imperialism for what it is. It is full time that our political leaders stop acting like prepubescent wussies and legalise it.

It would certainly 'lift the spirits', and in doing so, the Government might even adopt the California ganja laws as a sample and tell the US we are following in its footsteps. Who knows? Legalisation might just serve as a stimulus package to our economy.

Decriminalisation, put in perspective, excludes use by minors or by anyone in public places such as parks, schools, courthouses, etc. My opinion is that it should be regulated like the use of alcoholic beverages and cigars, but it must be legalised for medicinal use and cultural rituals.

For the record, I have never blazed sensemilla, nor do I intend to start, even if it were made legal. I only take my one tablespoon of doctor-prescribed Asmasol for my occasional respiratory condition, which does wonders. The use of ganja as an intoxicant is an inadvisable lifestyle choice for me.

I believe, however, that it should be a choice for all adults to make, and not that of the Government. It is not the Government's prerogative to legislate certain discretionary decisions that a man should be making for himself and his good.

Simply put, a man should have the choice to 'blaze the chalice' in celebration of our athletes' superior speed at the Olympics, or do so in his own backyard in Jamaica 50 merriment.

For these reasons I cannot help but remark on almost a century of bigoted and stifling attempts by our domestic laws and perverse international legislation which not only suppress us as a people but convict our culture and our customs of treason.

I've got news for you, our political imperialists, local and international: Babylon "can fool some people sometimes / But you can't fool all the people all the time".

The use of ganja will never stop and your attempt to eliminate it will only make it more famed, so "just legalise it and don't criticise it" and we the people will advertise it!

Davey Haughton is president of the United Student Movement of NCU. Email feedback to columns@gleanerjm.com and davey@stu.ncu.edu.jm.