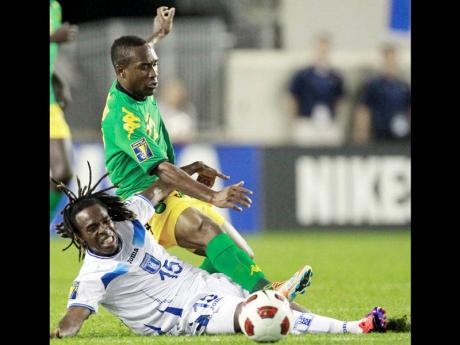 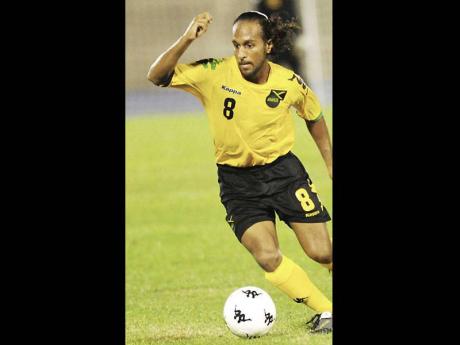 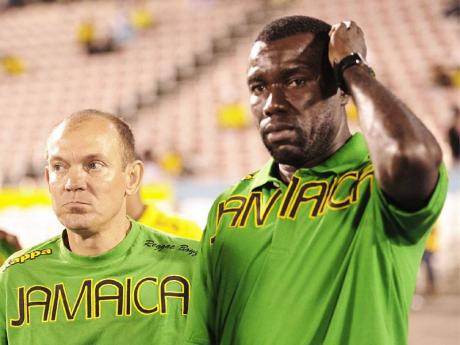 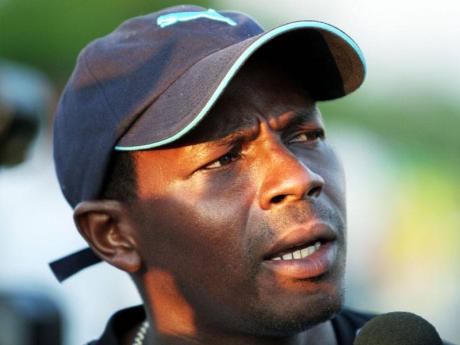 The reality local-based Reggae Boyz have faced since the Road To France, that they can be replaced anytime by players from anywhere, still shadows Jamaica's senior men's football team.

However, the current crop of national fringe players, those competing mainly in the island's premier league, is not ready to abandon dreams of first team selection when Jamaica tackle upcoming World Cup Qualifiers (WCQ), although they admit their wish may be far-fetched.

"I would want to be (with the Jamaica team) every day, every time of my life, every time of my career," said Portmore United's midfielder Damian Williams, the only local-based player to start Jamaica's recent friendly international against El Salvador. "But it's not like that. So whenever the opportunity arises you have to just deal with it."

That means using national duty to collect international "caps" - or appearances - and showcase their talent for overseas scouts in a bid to secure professional contracts.

"It's a big plus to always be a part of the team," said Harbour View midfielder Joel Senior, a substitute against El Salvador. "You can never tell who is watching at what point in time."

Senior and Williams are among scores of local-based Boyz often "in" when their overseas-based teammates are unavailable, mostly match dates not sanctioned by football's governing body FIFA. Then they are "out" when the pros return for major competitions like WCQ. Yet those on the fringe embrace head coach Theodore Whitmore's promise that all places must be earned.

Yet many Boyz invited to play El Salvador knew they would be long shots to play against the United States in WCQ on September 7 and 11. Their disappointment, however, fuels optimism.

"Sometimes it is deflating (being left out)," said Senior, "but on the other hand, you know, such is life, such is football, Obviously, if you stick in there and keep playing hard things happen for you, You'll get your chance eventually."

When Brazilian Rene Simoes took over Jamaica's national team in the mid-1990s, the players - nearly all of them local-based amateurs - believed they had the same deal: Work hard, play well and they were "in". The original Boyz toiled through numerous camps, "friendlies" and WCQ. Then some were dropped in favour of overseas-based professionals, primarily from England.

The squad to World Cup 1998 in France included several players who were not born in Jamaica. Some hadn't played in WCQ. A couple reportedly delayed joining the campaign, waiting to see if the Boyz would qualify or they got a call from another country. The decision to include those players angered some local-based Boyz.

"Naturally I was hurt because I was there from the beginning," recalled striker Paul Young. "I chose Jamaica, but at the end of the day it was a bitter blow."

Young claimed he played "about 95 per cent" of all games when Simoes was in charge up to qualification and was Jamaica's leading scorer. He appeared in the 0-0 draw with Mexico that clinched Jamaica's World Cup spot in November 1997.

Shortly after qualification, however, Simoes announced he would seek more players outside Jamaica to bolster the World Cup squad. The Boyz had accepted English-born Paul Hall, Deon Burton and Fitzroy Simpson, who made significant contributions to the campaign. More foreign-based players coming in meant more local-based Boyz left out. The reason was made clear.

"I asked (Simoes) in front of the players if the local players had not done enough to earn a spot and he said 'no'," Young recalled.

"We went on all those tours - everywhere - and played all over and then were playing all those games and then to be replaced by players, some who weren't even better than us."

Today, it's somewhat different. Since France '98, the bulk of Jamaica's player pool has earned pro contracts overseas. The football there is better, enhancing players' chances at national selection. Foreign-born players are still called-up by Jamaica. Those at home are urged to bide their time.

"There shouldn't be any frustration, because everybody has got to pay their dues," explained former national striker Damani Ralph, a US-based agent who represents Jamaican players. "The local players have to be honest with themselves. And if the roles were different I'm sure they would be singing a different song as well."

All Boyz must hum along with the decisions made by Jamaica's coaching staff led by Whitmore, a local-based star of the '98 team. The Boyz have hope.

"We don't care about if the players play outside or play in Jamaica," explained Brazilian Alfredo Montesso, a member of Simoes' staff during the "Road To France" campaign and currently Whitmore's assistant. "If (the player) has quality he will be there."

But the coaches understand.