Hughes has no worries over PetroCaribe 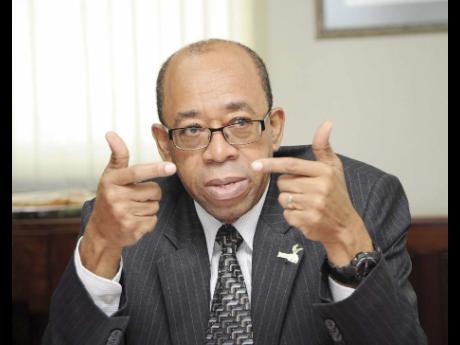 AMID TALKS in Venezuela to abandon the PetroCaribe agreement with Jamaica, chairman of the PetroCaribe Development Fund, Dr Wesley Hughes, has expressed optimism over the future business relationship between Jamaica and the oil-rich country.

Hughes, who was guest at a Gleaner Editors' Forum yesterday, said should the agreement come to an end, it is almost inevitable that Jamaica and Venezuela would sign on to a new agreement in order to protect the interest of both countries.

"I am absolutely sure that the Government of Jamaica and the government of Venezuela will seek to continue our relationship. It may take a different form, but we have no doubt that the mutual interest of both countries will see some arrangement of some form," Hughes said.

He added: "(PetroCaribe) is not a gift to Jamaica, it is a facility that Jamaica benefits from and Venezuela would be paid over time. It's a loan to Jamaica, so they are not losing."

Venezuela's Opposition Leader Henrique Capriles, who is seeking to unseat President Hugo Chávez, had expressed plans to scrap the PetroCaribe agreement should he come out victorious at the polls on October 7.

Under the PetroCaribe agreement, which Jamaica became a signatory to in 2005, the Venezuelan government allows Jamaica and other select Caribbean countries to purchase oil and only a certain percentage of the money is required upfront. The remaining percentage is paid over time under a special financing agreement.

Sharon Weber, manager of the PetroCaribe Development Fund, in an attempt to quell anxiety, said for decades Jamaica and Venezuela have experienced a positive business relationship, which shows that there is not much need for concern.