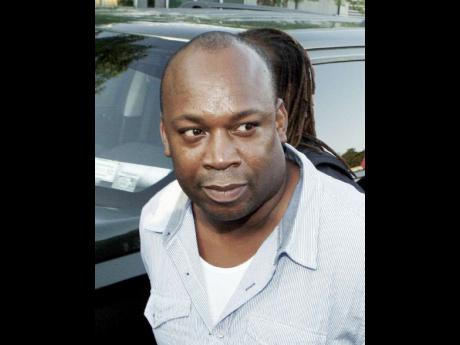 Coke, who has been sentenced to 23 years on drug and gun racketeering charges in the US, has been transferred from the Metropolitan Correctional Centre in Manhattan, New York, to the Federal Correctional Institution, Edgefield, in South Carolina.

A family member, Taneisha Kerr, told The Sunday Gleaner that Coke was moved a little over two weeks ago to the prison, which has a population of 1,700.

She said Coke called his grandmother - Joyce Madden - on the one-year anniversary of his mother Pauline Haliburton's death on August 22 and mourned.

"He said he felt it and he cried that he wasn't there to see her for the last or nothing," said Kerr.

His grandmother, Madden, an elderly but sharp-minded woman, said the call lasted for 15 minutes.

"He said he was all right and that they removed him and that he is trusting God. He also said he missed his family and Jamaica," Madden said in a slow drawl.

She added that Coke said he was happy that his days in solitary confinement have ended and that he is now among the general population.

During solitary confinement, he had contact with only prison officials.

Coke was also reportedly relieved that he now has more minutes to make calls.

According to his family, he is delighted with the 300 minutes per month which he now has as opposed to the one-time 15 minute call he could make each month while in solitary.

Kerr said that Coke now has a cellmate, who is an elderly man. He also complimented the prison facilities saying that it was clean.

She added that with the move, Coke now has access to the Internet.

It is not clear why Coke was transferred as US officials do not comment on prison transfers. However, a search for Coke on the Edgefield's prison website revealed that he is listed as a 43-year-old black male with a release date of April 7, 2030.

His new home is a medium-security correctional facility for male inmates.

According to the Federal Bureau of Prisons' website, medium-security federal correctional institutes have strengthened perimeters (often double fences with electronic detection systems), mostly cell-type housing, a wide variety of work and treatment programmes, an even higher staff-to-inmate ratio than low-security prisons and even greater internal controls.

The facility is operated by the Federal Bureau of Prisons a division of the United States Department of Justice. The prison is located near the South Carolina-Georgia border approximately 25 miles north of Augusta Georgia.

Coke was extradited to the US in June 2010 after a protracted dispute between the then Bruce Golding-led government and the US. At the end of the dispute, the Government approved his extradition and the security forces moved to arrest him.

That resulted in a bloody battle that left at least 73 civilians and one soldier dead.

Coke was eventually captured near the St Andrew/St Catherine border and extradited after he waived his right to contest the proceeding.