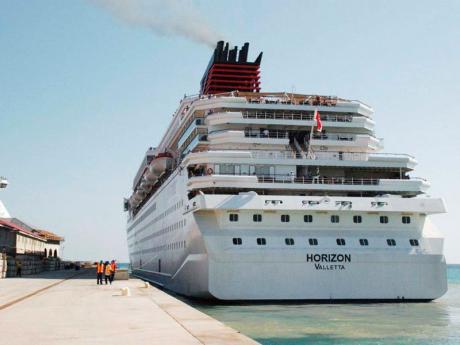 Port Authority of Jamaica Vice-President William Tatham says the planned US$10 million Margaritaville attraction and bar at Falmouth Pier, along with new shops, should hike cruise-passenger daily spend by 70 per cent to US$120 per person in the short to medium term.

Even at that level, Jamaica will still trail higher-end Caribbean destinations that earn nearly three times that amount.

"US$120 is my target across the island's piers," said Tatham whose remit includes cruise shipping and marina operations.

"They spend US$350 in St Thomas (US Virgin Islands); so if they are spending that much there, why not here?"

However, the average passenger spend dipped from US$16 to US$71, or some 20 per cent, the lowest in a decade, according to the recently released Jamaica Tourist Board annual report 2011.

"At the end of 2012, the average cruise passenger spend will increase as the majority of the shops are now open. Also in 2013, it will increase even more with the addition of the Margaritaville," he said. "They will open the biggest Margaritaville in the Caribbean at the pier."

Margaritaville executives did not immediately return calls up to press time. But previous reports said the development would cost US$10 million and represented the first in a series of new venues across the Caribbean. Margaritaville plans to operate 48 venues in the Caribbean by 2013.

The Falmouth Pier was developed by the PAJ in partnership with Royal Caribbean Cruise Limited (RCCL). The PAJ's investment in the development project is estimated at US$167 million, along with RCCL's US$102 million - US$46 million in the first phase.

Locally, in-bond shopping and attractions drive spending, representing 31.2 per cent and 20.4 per cent, respectively, of total passenger spend, according to JTB statistics. Taxation represents 16.7 per cent.

Earnings from tourism including cruise and stayover visitors were flat year on year at US$2 billion in 2011. Stopover or hotel visitors earned the bulk of that amount with total expenditure of foreign nationals at US$1.8 billion.

Stayover or hotel visitors hit a record 1.97 million persons with average spend up two cents to US$115.74 representing a recovery from pre-crisis levels.

Jamaica's tourism performance occurred against the backdrop of the continued impact of the recession in the visitor generating countries, said the JTB report.

"Despite the challenges, destination Jamaica has endured and continues to offer a product of very high quality to its visitors, through its expansive and inclusive nature in 2011," said the JTB. "The wide range of hotels, attractions and activities has allowed Jamaica to deliver on visitor expectations and provide value for money."

The Jamaica Hotel and Tourist Association said it would reserve comment until it conducts its own analysis of the report.