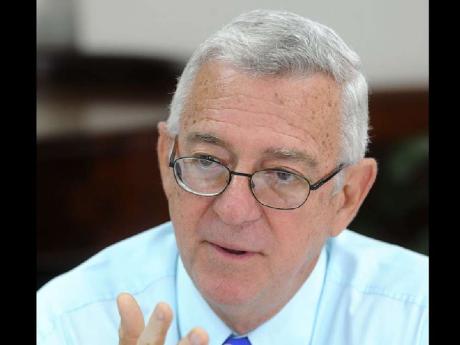 "ARE THESE people insane?" one father asked The Gleaner yesterday. "My son just started high school and this is supposed to be his introduction?"

"My child is not ready for this, when he's ready, I will teach him," expressed one mother.

Despite the fact that the Ministry of Education had recalled the health and family life education curriculum from high schools, several parents are still quite upset and demanding to know how the text was approved in the first place.

The Sexuality and Sexual Health: Personal Risk and Assessment Checklist segment of the third edition of the curriculum geared at grades seven to nine was what caused the uproar.

The book also instructed students to perform a number of exercises to better understand their sexuality.

Yesterday, Minister of Education Ronald Thwaites ordered the curriculum pulled, saying some of the material was "inappropriate".

"I have been made aware of widespread public concern about certain sections of the health and family life education programme curriculum used in Jamaican schools. There is strong objection to some of the questions on sexual behaviour and the commentary on heterosexuality/homosexuality," the minister said.

"I consider sections of the material inappropriate for any age and certainly for the grade seven and eight students for which it is designed."

He added, "I have instructed that the material be withdrawn from all schools and rewritten then redistributed so as to prevent disruption of the health and family life education instruction."

However, at least one parent is demanding that the minister get the approval of the parents before the curriculum is reintroduced.

Thwaites had noted that the content of the segment on Sexuality and Sexual Health of the curriculum, which was revised over a two-year period 2009-2011 and distributed to schools last September, was first brought to his attention on Thursday.

"Frankly, I think there is some hidden agenda at work that's why they are targeting that age group, and if we don't put our foot down and stand for what we know is right, we're going to lose our children to slackness," Michael Watt, a father of three, noted.

In his statement, Thwaites said, "The family life values espoused by the Ministry of Education are those based on the Christian principles of sexual morality as well as compassion and tolerance for all persons."

The text has been used as a teaching manual and is not on the students' book list.