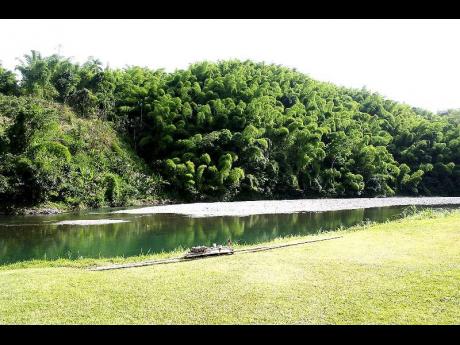 Jamaica is now set to enter bamboo production on a commercial basis, having gained entry as the 38th member to the International Network for Bamboo and Rattan (INBAR).

Jamaica already produces furniture and household items from bamboo, much of which is done by informal craft traders, but the new programme is meant to devise more hardy and quality products.

The plant grows prolifically throughout Jamaica.

Gladstone Rose, chairman of the Bamboo industry Advisory Committee at the Bureau of Standards Jamaica (BSJ), said Thursday that INBAR membership gives Jamaica access to technology transfer models and other documents that the agency can use to guide private companies to develop bamboo prototypes.

The BSJ work is focussed initially on Glengoffe, where training sessions using the INBAR material has been under way since April. The workshops will span two years.

INBAR is an intergovernmental organisation headquartered in China, comprising countries that have bamboo or rattan resources in quantities that can be commercialised.

Through its network of member countries, organisations and individuals from all continents of the world, INBAR develops and assists in the transfer of appropriate technologies and solutions to benefit the peoples of the world and their environment," said Rose.

"Information on 122 Chinese bamboo and rattan products/process standards have been received which will help the BSJ and bamboo products producers rapidly develop Jamaican standards and ultimately create a modern standards-led bamboo products industry," he said.

The BSJ earlier this year was designated by the Ministry of Industry Investment and Commerce to be the focal point for INBAR in Jamaica.

"The Government of Jamaica
recognises that bamboo is a valuable renewable resource which grows
rapidly and therefore is a good substitute source for wood instead of
timber, obtained by cutting down trees which takes on average 40 years
to grow to maturity," Rose said.

The Bamboo Industry
Advisory Committee, which he heads, was set up by the BSJ to oversee the
development of pilot projects, studies and product
prototypes.

The committee also plans to publish its
own guidance documents for use of the new bamboo industry that Jamaica
expects to emerge from the INBAR project.

"Such
documents will prescribe standards, policies and ethical practices for
the industry," Rose said.

The standards-led industry
is to be developed over a two-year period. The project incorporates
entities such as the state-run Forestry Department and the Jamaica Wood
Products and Furniture Association representing private
operators.

Rose said bamboo manufactured products will
include school furniture, including desks and chairs, while bamboo
plywood will be used to make doors, skirting and
mouldings.

"Bamboo charcoal and bio-char production is
also another area of technology transfer which INBAR will assist the
team in developing. Bio-char production will entail the heating of
bamboo and organic waste in an oxygen-starved environment, so it is
'cooked' instead of burned," he suggests.

The bio-char
process also produces gas, which can be used for cooking and to
generate electricity.

The bio-char product, a
charcoal-like solid high in carbon, is used to improve soil quality in
agriculture. This means that greenhouse gases would be offset and carbon
will be sequestered.

Rose did not comment on the
project cost, but he touted the benefits as "synergies for poverty
alleviation, sustainable management of natural resources, biodiversity
protection and mitigation of climate
change".

Currently, there is only one known
manufacturer of bamboo products, Original Bamboo Factory. There was
another, but it closed in 2008, said Rose.

A
five-year-old paper by Donovan Lewis and Lawrence Nelson reported that
there are a number of small craft producers who use bamboo as their main
resource, and whose range of products "is not very wide but the quality
is generally good".

The paper, which was prepared for
the 2007 Bamboo Technology Training Course in Hangzhou, China,
identifies some traditional uses for bamboo as construction of vending
stalls, scaffolding, domestic clothes line sticks and agricultural yam
vine runners.

Bamboo was first introduced in Jamaica
to strengthen riverbanks. A Forestry Department count in 2000 found that
the plant covered more than 44,000 hectares nationwide. Today, Rose
says there are 47,000 hectares of bamboo growing
wild.

Around 1999-2000, according to the Lewis-Nelson
paper, the Forestry Department, backed by private sponsorship, imported
and erected a "bamboo-concrete house" using material and technical
resources from Costa Rica.

"It generated much interest
from a wide variety of persons, groups and institutions, but has not
realised the desired effect of utilising local bamboo for low-cost
housing on a large scale," the paper said.

Market
leader China has developed its bamboo industry into a US$14-billion
enterprise, of which US$2-billion worth of products is exported to the
West, according to Rose.

"The value of Jamaican
manufacture is minuscule by comparison," said the BSJ executive. "We are
trying to create a new
industry."