Glen Mills: the face of track and field sprinting 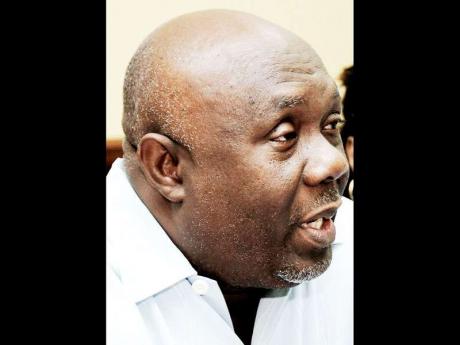 Glen Mills is today one of the most recognisable faces in track and field across the world. He settles into his seat for a lunch meeting, but is interrupted every few minutes by a passing fan or well-wisher.

He handles it well, far from the grumpy figure he is sometimes portrayed to be.

The man behind the success of two of the sport's biggest drawing cards, Usain Bolt - sprint's poster boy and Yohan Blake - heir apparent, Mills smiled as he reflected on the growth of his club, Racers, from a sometimes criticised dream to the most dominant track and field club on the planet these days.

Relaunched in 2008 on the back of Mills' 40-plus years of experience, Racers Track Club has raised its stock from two individual medals at the Beijing Olympic Games to five at the recent London instalment.

But it came at a cost, weighed in sacrifice.

"We had many challenges, financing facilities, as we struggled in the early days to find somewhere to train, bouncing all over the place, and so we really have to thank Professor Gordon Shirley and the University of the West Indies for their help with the facility," said Mills, who also singled out Spartan's Mickey Haughton-James as major factors behind the club's rise.

"We are very proud and happy with the progress that we have made in four years at the Olympic level because we were fortunate to have Bolt, and his exploits are well documented in Beijing to an extent. While the accolades where given to us, there were rumblings that it was only because of Bolt and who he is," Mills told The Sunday Gleaner during a recent sit down.

"I am not going to hide the fact that Bolt came to Racers with a big résumé as World Junior champion, World Junior record holder and so on, but at the time between those years he had fell into a slump and we were able to resurrect his fortunes," he added.

"We, however, in the four years, have demonstrated that it's not only Bolt's brilliance, but we have highlighted the fact that the club has a fantastic sprint programme because we have moved from two individual gold medals to not only retaining those, but increased our individual stock to five medals; adding two silver and a bronze, and in the Olympics, that's big. Many countries don't even get a bronze and in many countries that's a celebrated thing," Mills reasoned.

It was the securing of Bolt in 2005 that turned Mills' programme into the powerhouse it is today. Mills, who started his marriage to coaching as a schoolboy at Camperdown High before moving on to lead that programme had, however, established himself as a top sprint coach, working with the likes of Raymond Stewart, Kim Collins and Aleen Bailey.

"In addition, we had one representative in the sprint relay in Beijing and this year we had three. In the finals, we had 50 per cent and also in the squad. So we are very happy," he added, between acknowledging nods to a few persons who had called out to him.

"Give Usain (Bolt) and (Yohan) Blake my regards," said one female.

Mills nods before laughing, "No one ever sends regards to the coach ... ."

The club also, for the first time, had a representative in the women's 4x100m relay squad, Schillonie Calvert, who also participated at the Games, as well as two athletes on the women's 4x400m. They also had two members of the ill-fated 4x400m relay men's squad.

There remains a lot of work for Mills, who is hoping to build the club's female programme and is eagerly looking forward to the development of young talents such as Warren Weir, Kemar Bailey-Cole, Jason Young and Jahzeel Murphy, who he expects to follow in the path laid by Bolt and Blake.