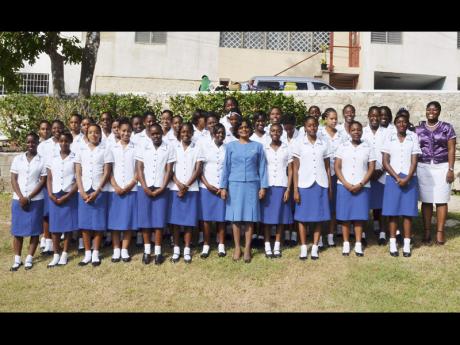 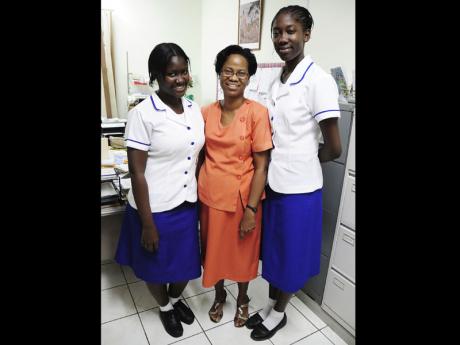 The school held a welcoming and orientation ceremony to officially welcome its batch of sixth-form students on September 12.

"The sixth-form programme is good for you because even though you're in a higher institution, you still have that controlled environment where you know what you're doing and you're focused," said 17-year-old Danielle Eccleston, who wants to be a lawyer.

Her schoolmate, 17-year-old Georgina Brown, a science student, who wants to pursue a career in medicine, concurred.

"The environment is good, the classrooms are well kept, and the new teaching strategy that the teachers came up with, I think it will work."

"The school was founded in 1925, by the Franciscan Sisters, as a school for the poorer children of the community, at the request of the Roman Catholic Church. While they were here, they introduced a sixth-form programme in 1968, and that programme lasted for 10 years," explained Cherian.

But she added that the programme was discontinued with the rise of the Montego Bay Community College in 1975, which amalgamated the sixth forms of Mount Alvernia High, Montego Bay High School and Cornwall College.

"When the idea of the community college came in, it was thought that it would be more convenient to have the students at one point and to have the teachers centred at that point, and that's how the Montego Bay Community College started," the principal added.

The revitalisation of Mount Alvernia's sixth form began when several parents raised the idea as an alternative to the community college.

To qualify for entry into the programme, applicants must have at least five subjects at the Caribbean Secondary Education Certificate level, including mathematics and English, and at least grade two for the subjects they intend to pursue.

The programme currently offers the choice of arts or science courses. All students are required to take the communication studies and Caribbean studies courses, but arts students choose an additional three subjects out of Spanish, literature, sociology, history, environmental science, and management of business; while science students may choose three subjects out of chemistry, biology, physics, mathematics and environmental science to complete their tally of five courses.