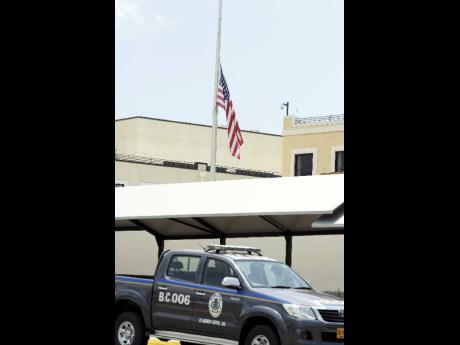 The United States says Haitians and Jamaicans are among nationals not eligible to apply for the 2014 Diversity Visa (DV) Programme. The US Department of State said those nationals are ineligible because their countries "sent more than 50,000 immigrants to the United States in the previous five years."

The State Department said natives of Guatemala are now eligible to enter the programme.

The Visa Programme will open on October 2 and close on November 3.

The congressionally mandated Diversity Immigrant Visa Pro-gramme is administered on an annual basis by the Department of State and conducted under the terms of Section 203(c) of the Immigration and Nationality Act (INA).

The INA provides a maximum of 55,000 Diversity Visas each fiscal year to be made available to persons from countries with low rates of immigration to the United States, the State Department said.

It said 55,000 immigrant visas are set aside for DV immigrants. However, since DV-1999, the US Congress has reserved 5,000 visas from this annual allocation to be made available for use under the Nicaraguan and Central American Relief Act.

"A computer-generated, random drawing chooses selectees for Diversity Visas," it added, stating that the visas are distributed among six geographic regions, with a greater number of visas going to regions with lower rates of immigration, and with no visas going to nationals of countries sending more than 50,000 immigrants to the United States over the period of the past five years.

Successful entrants will receive instructions on how to apply for immigrant visas for themselves and their eligible family members.