Would Tosh even want an OM? Peter Tosh's Order of Merit, well deserved 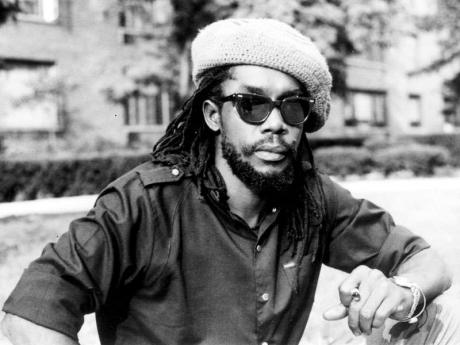 Although so many have been dismayed at the fact that Peter Tosh has until now never been honoured by Jamaica, there are others who are livid that the outspoken revolutionary singer/musician has been recently named to receive the highest civilian commendation this country offers, the Order of Merit. And yet, I am bemused to think how Mr Tosh would have responded were he here.

The ultimate anti-establishment figure, Peter Peter was wont to shun hierarchy, hegemony and governmental appease if it did not represent the equity, truth and rights he envisioned for the everyman. Keep in mind that as much as Tosh accepted an invitation and attended a summit hosted by the late Grenadian Prime Minister Maurice Bishop, when greeted as "comrade", Tosh quickly quipped, "I man don't come red, I come Black", making it clear he was not one of them. I have seen him refuse to accept a gold record in Holland, emblematic of his achievements, because he was dissatisfied with the circumstances under which it was presented and what he considered Dutch colonialism in the Antilles.

The fact that a gold record signifies extraordinary sales figures meant nothing to him, Peter was more interested in the symbolism associated with how the presentation was made. That was also the case when approached in 1977 to perform in apartheid South Africa's Graceland for more money than he had earned in his life at the time.

He would perform in South Africa, he told those who brought the offer, but he was not interested in Graceland, he would accept the offer only if it were arranged for him to appear for Blacks in Soweto and the Townships, and to give his earnings to the African National Congress and the sports club associated with Steve Bicko.

Needless to say, after half a dozen attempts, each time offering a higher fee, the prominent beer company that made the offer got the message: Tosh would not budge unless the performance were for those subjugated by and fighting against apartheid.

As far as Tosh accepting the Order of Mertit is concerned, however, for the moment that is for contemplating.

As for Tosh's naysayers who are of the opinion that he should not be awarded with an OM, they should be reminded that Mr Tosh is not being rewarded for anything else but his artistry and how effectively through his art he has influenced the world to become a better place.

How he has elevated Jamaica internationally in the same way his weed smoking and promoting, militant friend Bob Marley has.

Marley was also a recipient of the OM, even as some of his detractors say; he fathered many children in and out of wedlock and with multiple mothers. According to the Jamaica Information Service's website, "The Order of Merit is the third highest honour and may be conferred upon any citizen of Jamaica who has achieved eminent international distinction in his or her field of endeavour."

At no point has it said one's moral status is being rewarded or considered. Within strict colonial standards neither Peter nor Bob claimed morality, yet neither was as immoral as many public and private individuals who have been and are being honoured around us.

But as the Wailers song Who the Cap Fit, suggests: "If night should turn to day, a lot of people would run a way."

While some among us decry gestures to acknowledge the outstanding achievements of Mr Tosh because his "behaviour" is questionable, and others believe to award him the OM is "a big mistake", the bastion of colonialism whose social attitudes we emulate, Britain, has seen it fit to reward its creative achievers in spite of social transgression.

On December 12, 2003, when the anti-establishment rock and roll super star Mick Jagger was knighted for services to music and became Sir Michael Jagger, many were disappointed that he accepted the honour because it contradicted his anti-establishment persona.

Regarding his knighthood, Jagger's bandmate, drummer Charlie Watts, was quoted in the book according to the Rolling Stones as saying, "Anybody else would be lynched: 18 wives and 20 children and he's knighted, fantastic!"[70]

The knighthood also infuriated Keith Richards, Jagger's lifelong friend and Rolling Stone co-founder for accepting the "paltry honour"[71]. Keith further said he did not want to take the stage with someone wearing a "coronet and sporting the old ermine. It's not what the Stones is about, is it?"[66] Furthermore, when it comes to behaviour, were not The Rolling Stones arrested for assault and obstruction of police in 1972.

SIMILAR STORY TO THE BEATLES

Yet, even as the charges were eventually dropped, Mick Jagger was arrested, mug shot and forced to plead guilty before being released. As well, members of the Stones have been associated with and arrested for so many varieties of drugs just the thought is enough to make most of us high.

The Wailers, the group Tosh co-founded with Bob Marley and Bunny Wailer, has been compared to the Beatles.

Yet, with the exception of ganja, the Beatles' story, unlike that of Peter, Bob and Bunny's is inextricably linked with the use of drugs from "Benzedrine, Preludin and LSD", to weed and harder drugs - and being arrested for it.

In 1968 John Lennon and his wife Yoko Ono were arrested for drugs. Paul McCarthy was arrested on arrival in Tokyo in 1980 for possession of marijuana. George Harrison was arrested for possession of 120 joints of marijuana in 1969. And it is alleged that after he and his wife, Patti, were released on bail they attended a party that evening where they offered a spliff to Princess Margaret.

And with all
this evidence, the Queen of England, the same Queen that is Jamaica's,
considered it necessary to confer England's highest honours on members
of both the Rolling Stones and the Beatles for what they had done to
elevate Britain through their music.

Regarding their
MBE at Buckingham Palace, John Lennon said: The Beatles smoked marijuana
in the bathroom before receiving the Member of the British Empire award
from the Queen Elizabeth in 1965. Like Peter Tosh, the Beatles shared
the same thinking:

Let us have a look at
some of the achievements that support Peter Tosh's belated recognition
and reason to be awarded the Order of Merit
(Posthumous).

Tosh was granted the keys to the city of
Atlanta, Georgia, in 1977 for his stance on equal rights for all
people.

His composition Creation, a
meditation on Psalm 27, was adapted as a hymn and incorporated into the
official hymnal of the Jamaican Anglican Church; as a solo performer he
was awarded a Grammy Music Award for Best Reggae Album of 1988 for
No Nuclear War (1987), a recording that added to the
voice of the millions of people clamouring for the disbandment of
nuclear armaments.

His classic recordings
Legalize It (1976) and Equal
Rights (1977) are certified gold and platinum status
respectively. He was also awarded a gold record for Bush Doctor
(1978). As a Wailer, along with Bunny Wailer and Bob Marley,
his achievements are also of the highest standard and
accolade-filled.

On the group's Catch a
Fire (1973) recording, he contributed organ, guitar, piano,
vocals and lyrics. Rolling Stone Magazine ranked the
recording the 123rd best album of all time in 2003. It was placed in the
Grammy Music Awards Hall of Fame in 2009.

On the
group's follow-up recording, Burnin (1973) Tosh
contributed guitar, vocals, keyboard and lyrics. Especially notable was
his lyrical contribution to the international freedom anthem
Get Up, Stand Up.

In 2003
Rolling Stone Magazine ranked
Burning as the 319th best album of all time and, it
was entered into the Library of Congress's National Recording Registry
in 2006 for its historical and artistic
significance.

Peter
Tosh's entrepreneurial role is also notable. He co-founded, along with
Bob Marley and Bunny Livingston, the seminal group, The Wailers, in
1964.

He also co-founded Tuff Gong Records in 1970,
which became a critical nurturing ground and outlet for reggae music. He
nurtured younger and talented musicians, including Mikey Chung, Sly
Dunbar and Robbie Shakespeare and sound engineers David Rowe by
employing them to his enterprise Intel-Diplo Inc and his Band Word Sound
and Power, providing them with guidance and opportunities including
artistic and creative freedom.

As an arranger and
performer, Tosh contributed to recordings by foreign artists including
Eric Gayle, Eric Clapton, Mick Jagger, Keith Richards, Manu Debango,
Chris Hinze, and Johnny Nash as they explored reggae music. He performed
at the pivotal One Love Peace Concert on April 22, 1978 where, in
addition to an unforgettable performance he also gave politicians and
all present a lecture in the historical, social and political
implications of slavery, colonialism and neo-colonialism that hampers
the growth of the country and people of Jamaica.

Peter
Tosh conceived and staged the Youth Consciousness concerts in 1974 to
promote awareness of political issues and to discourage partisan
violence among Jamaican youth. He became an important member of the
influential MUSE Group (Musicians United For Safe Energy), and performed
at the No Nukes Concerts Series of 1979 in the United States, an event
endorsing the end of nuclear build-up. At a time when most artistes had
no knowledge of the system of apartheid or the meaning of the word, Tosh
became the first to use his music to campaign for the anti-apartheid
movement in South Africa.

Often, he performed for free
at anti-apartheid concerts in the United States and
Europe.

Exiled South Africans and freedom fighters in
the apartheid movement have acknowledged his influence for motivating
them in their struggle against apartheid and colonialism. He advocated
and protested, at the risk of his freedom, against imperial abuse, not
only in Jamaica, but also in foreign territories.

In
1967 Tosh was arrested outside the British High Commission in Kingston
for protesting against Ian Smith's takeover of the former Rhodesia,
which is now present-day Zimbabwe.

In fact, Peter Tosh
has been the victim of a number of police attacks and severe beatings;
he was thrown in jail several times for utterances against "Babylon
Queendom", his independent ideology, cussing 'bad wud' and smoking
herb.

Those experiences allowed him to co-compose,
along with Bob Marley, the song, Get up, Stand up,
which became an anthem for Amnesty
International.

Peter Tosh was a committed ambassador
for Jamaican music, Rastafarian philosophy, black culture and human
rights and justice through his work as a member of the Wailers, and
throughout his solo career.

Recognition for Winston Hubert McIntosh,
aka Peter Tosh, at the highest level, by the land of his birth, is long
overdue and well deserved. Similar to the Rolling Stones and the
Beatles, it is for artistic excellence, his social and political
activity through music and his inspiration to others in diverse arenas
across the world for which he is being honoured with the notion's
highest civilian award, the Order of Merit, not whether "him cuss bad
wud or smoke weed." And after contemplation, I do believe Tosh would
accept the OM in the name of and on behalf of the Jamaican proletariat. I
also believe on acceptance he would find some meaning other than Order
of Merit for this award. In the way he changed prime minister to "crime
minister," manager to "damager" or BMW to "Black Man Wagon," Tosh would
make some statement or coin his own meaning that would turn the whole
blinking thing on its head.

From the unknown world
perhaps Peter Tosh considers the OM the recognition accorded an Official
Martyr.

Herbie Miller is director/curator, Jamaica
Music Museum at The Institute of Jamaica and former manager of Peter
Tosh.