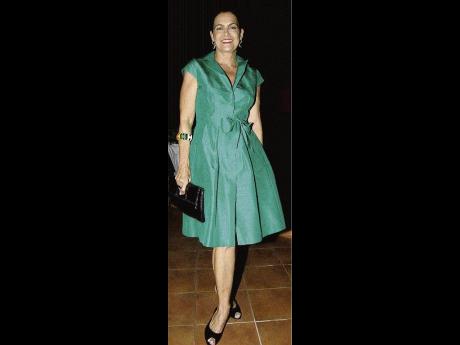 In 1976, at a time in Jamaica's social and political history when it was definitely unfashionable to be supportive of beauty contests, and infra dig to be a contestant, Cindy Breakspeare, a previously unheralded beauty, surprised many a Jamaican when she was crowned Miss World, and thus became the second Jamaican woman to wear the world of beauty's most coveted crown.

Upon her return to Jamaica, there was no red-carpet reception for the newly crowned Miss World as, indeed, the politics of the day dictated that beauty pageants were exploitative in nature and as such did not fit the then feminist agenda of the era. So, instead of a red-carpet welcome, hers was a somewhat sheepish low-keyed return, designed not to attract attention, and the wrath of the political directorate.

If being a Miss World was considered a political no-no back then, when it became known later that indeed Breakspeare was dating Bob Marley, and subsequently gave birth to his child, then as far as the upper classes and ruling social elite were concerned, she was now definitely a pariah.

But, that was then.

Today, Bob Marley is an international icon. Their son Damian Junior Gong Marley, one of reggae's brightest international stars, beauty pageants are no longer unfashionable; beauty and fashion contests are embraced, and so, Cindy Breakspeare is 'in' like flyn.

As was the case that saw her entering and winning the Miss World crown; dating Bob Marley and later giving birth to their son Damian, entering and celebrating her second marriage and enjoying her new role as a grandmother, Breakspeare is still marching to the beat of her own drum.

Today, we share 10 things, we did not know, about the legendary world beauty!

1. Has three brothers and one sister.

2. Has four grandsons from her three children and enjoys being a grandmother.

3. Has the same friends, since age 13, with a few additions over the years.

5. Is a firm believer that the things in life that are important are not 'Things'.

6. Currently works as the in-house interior designer/decorator for the Guardsman Group of Companies.

7. Has visited the seven continents.

8. Has never undergone any kind of cosmetic surgery.

9. Is ranked as the third most beautiful Miss World of all time.