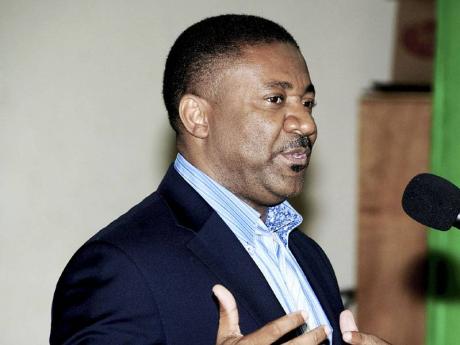 The government has disbanded the steering committee overseeing the introduction of liquefied natural gas (LNG) with immediate effect, even as its gives its commitment to institute the alternative fuel source in Jamaica by 2015.

At the same time, Government has decided to remove itself from the process of fuel source selection and instead focus on creating the legislative and regulatory framework, which Energy Minister Phillip Paulwell said they aim to establish and promulgate during this fiscal year.

The Government ostensibly decided to go this alternative route because bids received for establishing the infrastructure and supply of LNG from two foreign-based firms were too high and would not be beneficial to generators of electricity and the bauxite companies.

Giving an update on the LNG project in Parliament on Tuesday, Paulwell said the steering committee will be replaced with a body which includes members of the Jamaica Energy Council, the Office of Utilities Regulation and the Ministry of Science, Technology, Energy and Mining.

Paulwell said that since January 2012, when the incumbent government took office, no new financial commitments have been made towards the project, and with the termination of the work of the steering committee, there would be no need to access the remaining US$2.6 million of the US$5.4 million originally budgeted for the project.

Giving the assurance that the Government has no intention of abandoning LNG as an alternative fuel source, the minister said the island's light and power supplier, Jamaica Public Service Company (JPS), "is obligated to bring into service by 2015 a new 360-megawatt gas-fired, combined-cycle generation plant, providing new capacity to replace approximately 292 megawatts of aged plants".

Paulwell said that following a number of meetings in Korea, Japan and Jamaica, he has obtained a firm assurance from the JPS that the company would undertake "this LNG project within the timelines established, and will achieve a 30 per cent reduction in the price of electricity to the consumer".

The new plant is slated to be constructed in Old Harbour, St Catherine, at a cost of US$614 million.

Although the supply of LNG under a long-term contract may not commence by 2015, the energy minister said JPS would be able to purchase the product on spot price deals during that interim phase.

The LNG steering committee, then headed by Chris Zacca, earlier this year selected the Korean firm Samsung as the preferred bidder to develop the floating storage and regassification unit and the supply of LNG.

According to Paulwell, Exmar, the other finalist bidding for the project, was placed in reserve if a satisfactory arrangement could not be arrived at with Samsung and if Exmar was still interested in pursuing the development.

The bidding process for the supply of LNG was extended to July 27, 2012, and out of that process emerged bids from two companies, Shell and Morgan Stanley, he said.

However, the minister said the bids received indicated that the best case scenario, given the imponderables related to the financing of the special purpose vehicle, the Jamaica Gas Trust, and the pipeline infrastructure, was that the LNG project, as conceptualised, would yield a price of US$15.60 per MMBtu, or one million British thermal unit.

At that price, the overall estimated costs to users such as the bauxite outfit Jamalco would be about 50 per cent higher than the US$10 per MMBtu that it would accept, and 25 per cent greater than the highest cost level, US$12 per MMBtu that JPS "could possibly go in order to achieve a 30 to 40 per cent reduction in electricity".

Paulwell said that given the result of the bidding process, "it was determined that the Government had taken the matter as far as it could go. As a government, we continue to support and facilitate private investors as we work together to achieve the best possible solutions. It is the considered view of the Government that the electricity and alumina producers would have much more flexibility in the procurement of fuel supplies and could use their international leverage to get the best possible prices."

As such, "we have modified the Government's role in this LNG project to better meet the needs and interests of all and to bring it in line with the country's National Energy Policy, which calls for an energy sector that is driven by private sector investment within a policy and regulatory framework that fosters investment, competition, efficiency, a level playing field and transparency," the minister said.