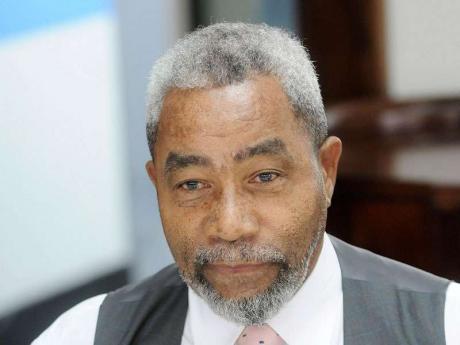 Franklin Johnston, adviser to the minister of education.

A senior adviser to the education minister wants unregistered and unlicensed teachers to be arrested for 'impersonating an educator'.

As the education ministry pushes ahead with its plans to make it mandatory for government-paid teachers to be licensed by the Jamaica Teaching Council (JTC), Dr Franklin Johnston, one of the senior advisers to Education Minister Ronald Thwaites, told The Sunday Gleaner that making it a criminal offence for someone to teach without the proper accreditation and credentials will lift the pedigree of the teaching profession on par with law and medicine.

"Teaching should be fully professionalised as is done for law or medicine. Each teacher must be registered and licensed," said Johnston.

"Teachers may be employed by the state, private sector or put up their shingle in private practice. There should be teacher's aides and unlicensed practitioners should be arrested," argued Johnston.

He was responding to Sunday Gleaner queries about the strategies he is recommending to improve the performance of the country's education system.

The close to $6-million-per-annum pay package Johnston receives from the government's coffers led to questions from Opposition Leader Andrew Holness, who asked whether the remuneration was within the approved pay scale for consultants.

But Johnston hinted that his role is to reform the system while asking the tough questions.

He described the education ministry as a monopoly that trains all education experts so there are few independent reference points.

"Everyone is partial to this alma mater. Traditionally, it has been charity and welfare and so treated benignly rather than subjected to forensic analyses. Every critique is polite, restrained, conditional, 'soft and fluffy'," said Johnston.

"So, how do we deal with an encrusted, non-performing education enterprise which everyone praises even though it is not delivering results?" asked Johnston.

Among the issues Johnston plans to address are, "how do you get the wankers out of teaching, bring in pay parity, accountability and incentivise performing teachers?"

He also wants to work out "how to give the Ministry of Education the flexibility to move resources and teachers to areas of need and keep the overall system in balance."