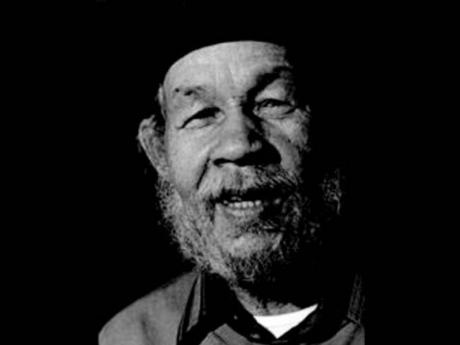 For his extensive contribution to the development of Jamaican popular music, the jazz trombonist, producer, and ska pioneer, Emmanuel 'Rico' Rodriguez, MBE, is being awarded the silver Musgrave medal by the Institute of Jamaica.

The institute recognises outstanding Jamaicans in the fields of the arts, literature and science, a tradition that began from as far back as 1897. Fellow musician, pianist Dr Don Shirley (bronze), and the Herbert Morrison High School band (silver) are also being honoured.

The honours are being bestowed at the Institute of Jamaica Lecture Hall, 10-16 East Street, Kingston, entrance on Tower Street, tomorrow at 3 p.m. The function is free and open to the public.

Along with a select few of his contemporaries, Rico Rodriguez's inventive fusion of jazz technique, a pop accessibility, and his Rastafari affinity with the African soul imagined a popular music form, which Jamaica could claim as its own.

Both his solo efforts and extensive contributions to many of Jamaica's formative music groups warrant the gratitude and recognition of his homeland.

Rodriguez was born October 17, 1934, in Havana, Cuba. On arrival in Jamaica, his mother enrolled him in the Alpha Boys' School at the age of four. During the 1940s and '50s, the school produced an unprecedented number of musicians who would later define the era's music. Rodriguez was a product of that generation, learning the trombone from his slightly older classmate, Don Drummond.

The two would later play with the innovative Rastafarian drummer, Count Ossie, and the genre-defining set of musicians who would later form The Skatalites.

After leaving the Alpha Boys' School, Rico apprenticed as a mechanic, and in 1954, continued studying music at the Stony Hill Music School.

American jazz trombonists J.J. Johnson and Kai Winding would inspire the budding jazz musician. Then struggling for daily sustenance, Rodriguez regularly performed for fishermen in exchange for fresh fish. There, Rico developed his pleasure for performance.

"Because you were poor and had to eat, you stay down where the fishermen draw their nets so you'd have food every day. Fishermen always give you fish; they like to hear you playing," Rodriguez recalled.

Also during this period, Rodriguez converted to Rastafari and joined the community led by percussionist Count Ossie. His exposure to the Rasta chants and African-rooted Burru drumming tradition would later influence his Afro-centric approach to popular music.

Recalling his musical education with Count Ossie and fellow Rasta musicians, Rodriguez noted that "they're more developed, mentally and musically, than the average musician. When you play with them, you can really explore. Most of what I know I learned from playing with them".

The Rasta foundations that infused his music would later awe eclectic jazz trumpeter Don Cherry, who once asked Rico, "How can you play like that? To play like you, I had to go to Africa to learn."

By the late 1950s, Rodriguez had begun winning prizes from the radio talent competition, Vere John's Opportunity Hour. This would also bring the struggling trombonist his first professional exposure.

With the transition from costly, live band orchestras to the more feasible sound systems on Jamaica's dance circuit, Rodriguez delved deeper into the budding, indigenous recording scene. He performed on recordings for Count Ossie's group, Clue J & His Blues Blasters, Drumbago and his All Stars, and the Smith All Stars under the supervision of the period's best producers, such as Prince Buster, Duke Reid, Lloyd Daley, and Vincent Chin. It was Chin who recorded Rodriguez's first solo effort, Rico's Special, in 1961.

That first recording would be released in England with the then fledgling, Island Records.

Encouraged by the successful reception of his record and those of other Jamaican musicians, Rodriguez moved to England in 1961 to perform for the growing market of Caribbean migrants.

In London, he joined live bands such as Georgie Fame's Blue Flames. He also continued recording as a popular-session man on records for such producers as Emil Shallitt on the Melodic label and Siggy Jackson on Blue Beat.

His standout trombone solos featured on Laurel Aitken's Daniel Saw the Stone, on old friend Prince Buster's Barrister Pardon, and on the Sugar and Dandy's 1967 hit A Message to You Rudy. He also began recording with his own band, Rico's All Stars, and later Rico and the Rudies, for Island Records, Trojan Records, and Pama. Those recordings would include the albums Blow Your Horn (1969) and Brixton Cat (1969).

These early recordings would begin to feature his combination of classic jazz and Afro-consciousness, Midnight in Ethiopia and Soul of Africa being prime examples.

At the brink of reggae's emergence, in the late 1960s, Rico joined the British reggae band The Underground, where he first delved into the new genre. His distinctive trombone solos would also make their presence felt in reggae recordings for Island Records.

In 1975, he was hired at Island as a studio musician, contributing to the recording of Jim Capaldi, Toots and the Maytals, and Burning Spear. This work with the era's great reggae artistes would influence his 1976 definitive album, Man from Wareika.

An artistic breakthrough for Rodriguez, the album is an original union of jazz, Afro-drumming and reggae. The album would also be released on the prestigious American jazz label, Blue Note.

The music from that album is considered pioneering work of Jamaican jazz.

Rodriguez began performing with the new generation of Jamaican musicians. He performed with Bob Marley and the Wailers through their European tour. His major collaborative success, however, would come from joining The Specials and their 2Tone Records label. The immense success of their cover of A Message to You Rudy launched the label and their featured music of ska, reggae, and African pop to British and European audiences.

Rico's soulful trombone added authenticity to The Specials' combination of punk and reggae. Rico released two solo albums during this period: That Man is Forward (1981) and Jama Rico (1982).

In 1982, Rico returned to Jamaica to retire from professional performance.

The Heart Beat Band would later convince Rodriguez to reconsider retirement and inveigled him back into music in 1987 for a tour with the group. He also joined Jazz Jamaica, a band founded by bassist Gary Crosby in 1991 - a group inspired by Rodriguez's fusion of mento, reggae, ska, and jazz.

For more than a decade, this ska legend has been associated with Jools Holland and his Rhythm & Blues Orchestra working 40 weeks a year in the United Kingdom, Europe, and Asia and making numerous television appearances. He again announced his retirement from music in 2007, the same year that he was awarded an MBE (Member of the Order of the British Empire) by Queen Elizabeth for his significant contribution to music.

Music would call on him again.

The MBE particularly recognises not only his musical invention, but also Rodriguez's importance to music fans beyond the Jamaican diaspora. Rodriguez is a man of Jamaica that enveloped himself in the global music memory. When Rodriguez left in 1961, intending to tug at the homesick hearts of Jamaican expats, he also gave our indigenous music audiences all over the world, provoking the emergence of foreign artistes in all the Jamaican popular genres, from British punk rockers to Swiss reggae bands.

His contribution is indicated by a collection of 50 songs on the CD Rico Rodriguez and Friends - Trombone Man: Anthology 1961-1971. As one Internet reviewer says, "Rico is a great and gifted musician and a worthy role model for anyone taking up such a wonderful instrument."

Named after Sir Anthony Musgrave, then governor of Jamaica and founder of the Institute of Jamaica, the first set of awards were given out in 1897. It is in keeping with this tradition that Rico Rodriquez, Dr Don Shirley, and the Herbert Morrison High School band are being recognised.

- Contributed by Herbie Miller - Director/Curator - Jamaica Music Museum at The Institute of Jamaica.