Luciano to be honoured 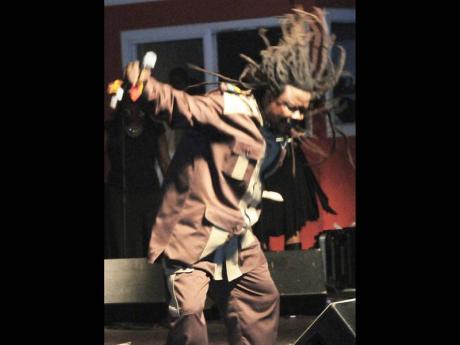 Having headlined the first two stagings, singer Luciano will be making his grand return to Reggae Culture Salute in New York next weekend.

The event, which is the main fund-raising activity for the non-profit organisation - Coalition to Preserve Reggae Music (CPR), will be held on November 3 at Nazareth High School, Brooklyn, New York.

CPR's chairperson Sharon Gordon told The Gleaner Luciano was at the first two stagings of the event that began in 2004.

Following several years of absence from the show, Gordon says Luciano will be honoured on his return.

"People would always ask when we would bring him back. I saw him when I came to Jamaica. The time was right, the day was right and he agreed," she said.

"We announced it and started doing early promotion. There are people calling us and saying how excited they are. He (Luciano) personifies Reggae Culture Salute."

Unlike previous years where more than one artiste was honoured, Gordon says Luciano will be the sole focus this time around. Therefore, he will be the only person receiving the Pinnacle Award.

"This year, Luciano will be honoured. We want it to be centred on him. He deserves that," Gordon told The Gleaner.

In addition to honouring Luciano, Gordon stressed that the aim of the event is to increase understanding of the development and significance of reggae music, which culminates in an event commemorating the November 2 1930 coronation of Emperor Haile Selassie I of Ethiopia and Empress Mennen. She said the event underscores the unique relationship between reggae, Rasta, Selassie and Jamaica.

However, Gordon explained that one does not need to be Rastafarian to be a member of CPR or attend the event.

In addition to being honoured at the event, Gordon says Luciano is scheduled to do a workshop with students from Nazareth High School on November 2.

Also on the line-up is Mr Vegas, who will be paying tribute to Jamaica for getting to the milestone of 50 years as an independent nation.

"His set is the part of the show that we will be celebrating Jamaica 50 from his album Sweet Jamaica. He is going to show patrons that side," said Gordon, while noting that patrons should not come to the event expecting to hear Bruck It Dung, because Vegas will be performing more positive songs like Sweet Jamaica, I Am Blessed and Rise Again.

But Vegas and Luciano are not the only performers on the show. She said there will be performances from other acts like Ossie Dellimore, Major Daps, Tayazawan, Tony Rankin, Sister Cindy, Major 1, Anthem Band and others.

Now a family event with patrons from various states, Gordon said the event will also be accessible online via a pay-per-view stream.

Going forward, the organiser said she hoped the event would be sold out and that more children and young adults would attend so that knowledge could be passed on. In addition, she said she was hoping to see a more diversified audience.