Religion and the 2011 census 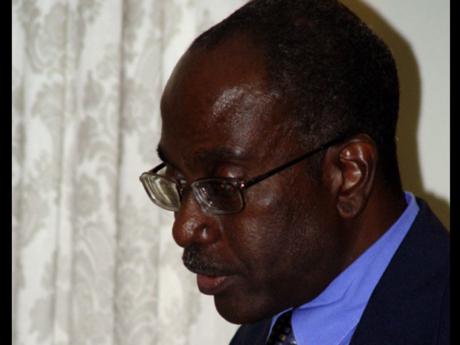 How many Jamaicans are members of churches? God knows Jamaica has too many Christian denominations, but are members of those denominations aware of the real number of followers? Even official figures from denominational leaders are suspect. There is strong belief that many numbers about such are inflated internally. The newly released census seems not to help this murky situation.

The 2011 Population & Housing Census, it must be noted in passing only, reflects the reality of people claiming affiliation with a Christian denomination but who may have no real connection with such a denomination. It's a hazard of almost every such exercise.

Dr Garth A. Rattray had pointed out the limitation of the questionnaire used for the 2001 census as this relates to religion. He said:

"The last census (Population Census 2001 Country Report - Volume 1) provides an analysis of the data on religion for that year and comparative data for the 1960 census figures. It mentioned the problems that were encountered with terminology and the understanding of what the question was seeking to ascertain. I feel confident that there would have been a lot more useful data available on religion if a far more in-depth questionnaire could have been used to cover that topic." (Gleaner, May 30, 2011).

He went on to say: "On the individual questionnaire form for the 2011 census, there was only one question dedicated to that topic: 'What is your religious affiliation or denomination?'

STATIN operates within international guidelines. But with reference to religion in Jamaica, was that one question a limitation that had to limit STATIN? Census reports have been going on for nearly all the decades since the practice was initiated in the United Kingdom in 1801. But in accordance with United Nations regulations instituted much later, it was not until 2001 that a religious question was posed. STATIN was following the minimal tradition.

According to the United Nations guidelines, subjects such as religion and ethnicity are not to be regarded as core subjects, but may be proposed as "other useful topics" (United Nations 2008) rather than "recommended topics". Strangely, however, STATIN says in this report under scrutiny "they are proposed as core topics for Caribbean censuses because of the racial and religious diversity of these populations."

STATIN must be commended for the hard work put into the census project, and I hope the staffers pardon a few suggestions. Matching the disaggregation of Church of God denominations, there needs to be a Baptist one. Pentecostal is too nebulous a category and may be statistically unhelpful, since I am sure the New Testament Church of God, which is individually reported on, would classify itself as Pentecostal.

It may only add to the Church's perennial frustration of attracting and holding men, but it is worthy of note that men swelled the ranks of the religiously unaffiliated by 24,763 since the 2001 census!

Beyond the bare-bones stats provided by STATIN, churches in particular (other religions, too) need to find ways of gathering more detailed information on things like actual or average church attendance of members vs actual, pruned members' list, attendance at Bible study, Sabbath/Sunday school.

There will always be a need to use creative, workable methods in line with the times but, bottom line, training for members in evangelism and discipleship may be too low on the priority list of churches.

Additionally, living consistently with the principles of the Christian faith is paramount where people live, work and play if the non-religious are to be impacted for God. As I say bluntly when I teach in churches on the need to obey Jesus' Great Commission to make disciples of all nations, "If Jesus, our Sovereign Lord, commands us to make disciples and we are unavailable for that mission, we are either sinfully lazy or simply lost; either sinfully unconcerned about the lost or simply unconverted."

Missing, too, from the census, understandably, is a count of local church buildings. Denominational headquarters, hopefully, have the figures. It is high time that we here corroborate or correct the allegation of having the greatest number of churches per square mile. The statement is often linked with the Guinness World Records, but the particular edition and page number are yet to be referenced.

Though anecdotally some pastors chide that because 'the salt of the earth' has for too long been piled up in church buildings, Jamaica has gone ital (Rastafarian); perhaps surprisingly, the census provides little evidence of this. Rastafari, as a religious category, grew since the 2001 census, but is only at 29,026 now, with 7,630 Rastas in St Andrew being the strongest following, ahead of St Catherine with 4,557.

But since there is no necessary link between numbers and influence/impact, we could modify Scottish patriot Andrew Fletcher's aphorism to sum up the Rastafarian impact in Jamaica in Standard English as: "Let me continue writing the songs of this nation and I care not how many church buildings or Christians there are."

On the whole, the obvious lack of church growth notwithstanding, one is reminded that the late Carl Stone, the most outstanding pollster in the Caribbean to date, did identify the Church in Jamaica as the most significant social organisation for numerical strength. Church historian Devon Dick, in his memorable book From Rebellion to Riot: The Jamaican Church in Nation Building, informs us:

"According to Carl Stone in his book Class, State and Democracy in Jamaica, the Church, as a collective presence, has the greatest number of committed members of all the organisations in Jamaica. The Church represents a combined strength of some 32 per cent of the electorate in terms of committed membership" (Ian Randle, 2004, p. 116)

The Rev Dr Dick also noted the similar sentiments of Philip Sherlock and Hazel Bennett, who stated, with reference to Jamaica, that "religion remains at the centre of national life" (The Story of the Jamaican People, Ian Randle Publishers, 1998, p. 410).

Such insightful observations create for STATIN an embarrassment as to implications. Surely, the purpose of census reports is to raise levels of awareness for appropriate action in relation to a country's national planning policy. Contingently, there will be implications for marketing decisions and issues of morality and ethics.

When such is considered, the stakes seem high when religion, seemingly, is not given as much serious attention as deserved in Jamaica, a country described by former Gleaner columnist Billy Hall as "the Protestant stronghold of the Western world". Recent Pew research in the United States would seem to reinforce the truth of that assertion, for the finding reported this month is that for the first time in its long history, the United States no longer has a Protestant majority.

Despite the implied criticisms of the data-gathering methods behind the census, it is my considered opinion that the time is ripe for Jamaica's religious leaders to unite for a unique religious exercise and conduct a census on religion, blazing a pioneering trail for the rest of the world.

A word from a wise man comes to mind: 'It is always better to light a candle than curse the darkness!'