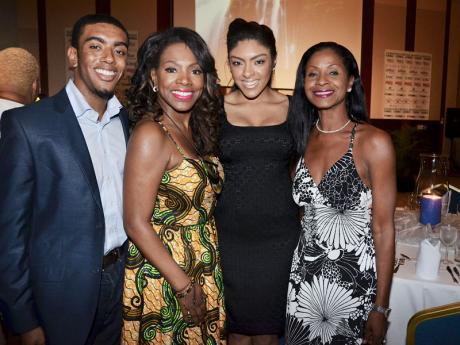 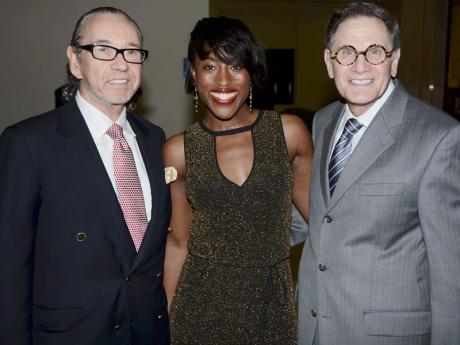 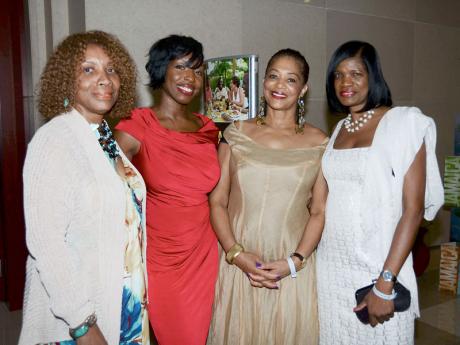 From left: Margaret Rivers and her daughter Lasha of Macy's, author Terry McMillan and Claire Theobalds at the Caribbean Multinational Business Conference at the Montego Bay Convention Centre. 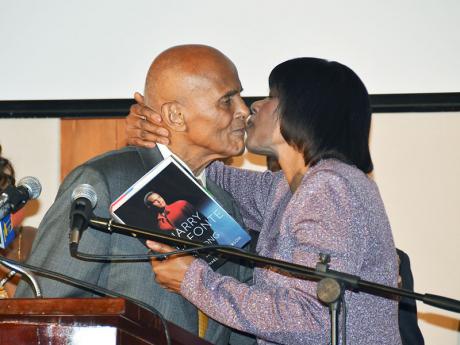 Prime Minister Portia Simpson (right) congratulates Harry Belafonte on his many achievements with one of her signature kisses.-Photo by Janet Silvera
1
2
3
4

WESTERN BUREAU:Jamaica plans to capitalise on its global appeal and popularity that icons such as Harry Belafonte played a role in helping to define, says Prime Minister Portia Simpson Miller.

Paying tribute to the African American entertainer and producer who was recognised by publishers Carib News for his outstanding contribution to the arts, Simpson Miller said long before Bob Marley and reggae music became a global phenomena, Belafonte played a crucial role in positioning brand Jamaica on the world stage.

"A strong national brand helps to attract investment, talent, consumers and tourists, and enhances the country's cultural and political influence," she stated, as she addressed a gathering of international power brokers at the Caribbean Multinational Business Conference at the Montego Bay Convention Centre last Saturday night.

"It goes without saying that Jamaica is more than sun, beach and sand," she added, noting that she could identify at least five commonalities between the 'Six foot, seven foot, eight foot bunch', Belafonte, and the best of the Jamaican culture and spirit.

"Like Jamaicans, Harry Belafonte, all his life, has used what comes to hand. Inventive, adaptive and succeeding against incredible odds," was how Simpson Miller described the man who many are convinced was born in Jamaica. Belafonte was actually born in Harlem, but as a child grew up child in the foothills of Aboukir and Alexandria, St Ann, in rural Jamaica.

His time spent in Jamaica provided the early context and content to construct the character and fierce conviction which have made Belafonte such an inspiration to Jamaica, and to the world, admitted Simpson Miller.

Like Jamaicans, she said, Belafonte has always questioned what is obsolete in order to make something new. "Innovators, trendsetters, fashionable, colourful - Jamaica's vibrancy and bold energy spring from its people who are never content with standing still when initiative and enthusiasm are required," was the juxtaposition the PM used.

In his acceptance speech, Belafonte said it was the contribution to his life by leaders such as Kenneth Kayunda, Jomo Kenyatta, Jamaicans Michael Manley and Dudley Thompson who helped him "cut his teeth".

Complimenting Simpson Miller, he said he was fortunate to see the new Jamaican landscape, one being led not only by a black person, but a female as well.