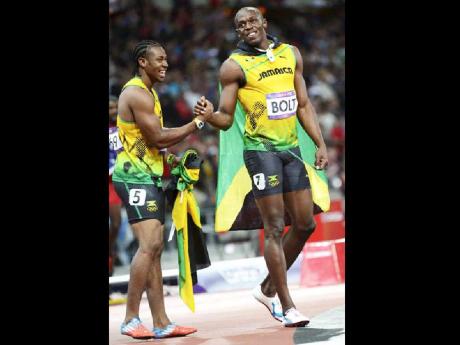 Blake (left) and Bolt at the Olympics in August. - File 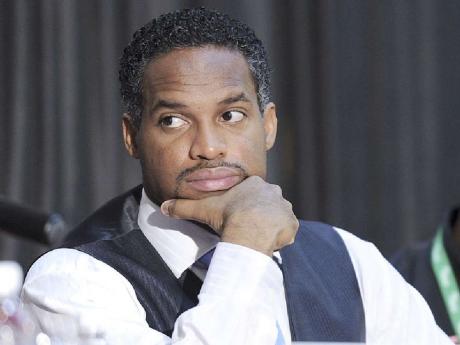 Going a step further, Boldon, now regarded as one of the top track and field presenters on international television, believes that 22-year-old Blake will soon force his training partner to focus on the 200m and 400m.

Blake is the only person to beat Bolt since 2010, after his double win at the Jamaica Athletics Administrative Association/Supreme Ventures Limited National Senior Championships this summer.

However, it was Bolt who crossed the line first at the London Olympic Games a few weeks later, beating Blake into second place on both occasions with times of 9.63 in the 100m and 19.32 over 200m in the respective finals.

Nonetheless, Boldon, who himself has personal best times of 9.86 (100m) and 19.77 (200m) in the sprints, is certain that Blake has shown enough to suggest that he will continue to push his most celebrated training partner and thinks he has the ability to even lower Bolt's 9.58 (100m) and 19.19 (200m) world records in the coming years.

"I know that I probably have my own lessons to learn from. In other words, when I saw 19.32 (former 200m world record), while I was competing, I said, 'Well, OK, that's going to be there forever', and then it was gone in 12 years. In the same way, people look at 9.58 and 19.19 and they think that's going to be there forever. I think we have to look beyond and if you look beyond, you see Yohan Blake, who is very hungry and determined right now," said Boldon.

"From all reports, he has a great work ethic and, at 22 years of age, he is actually right where Bolt was at 22, so I don't see any reason why - if Blake continues in this trajectory, I don't see why he cannot eclipse Bolt," Boldon added.