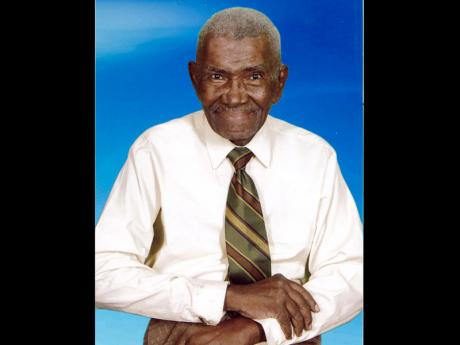 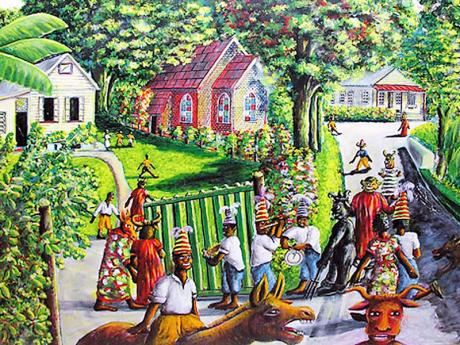 I put out my effort. Hopefully, I'll die very old having accomplished a lot of good for mankind.

The National Gallery of Jamaica (NGJ) deeply regrets to announce that the Jamaican intuitive artist Gaston Lascelles Tabois passed away on November 20.

His artistic talent was apparent from an early age, as his elementary school teachers regularly tasked him with making charts for the classes. His dedication to self-improvement saw him teaching himself Latin, Spanish, History and Mathematics but it was art that remained a constant in his life, even with his entry into the civil service.

Tabois eventually became the acting chief draftsman in the Ministry of Construction, but it was his artistic production that brought him national attention. As a self-taught painter, he held his first solo show at the Hills Gallery in Kingston in 1955, where he was immediately hailed as one of the era's most significant "primitive" painters. He continued exhibiting with the Hills Gallery for several years and his painting Road Menders (1956), which is now a prized part of the NGJ collection, was originally shown there.

His early paintings typically depict Jamaican country life with a loving eye for detail and key sense of observation, and his "naïve" disregard for scale and perspective gave them a lively quality that appealed to the patrons of what was then regarded as an emerging "primitive" Jamaican school.

The terms "primitive" and later "intuitive" were never a comfortable fit for Tabois as it was his goal to be considered in the same light as the European masters. Tabois had been quoted as saying "there's always room for improvement", and he constantly sought to evolve as an artist.

The noted art critic Gloria Escoffery observed this process, in her 1988 Jamaica Journal article on his life and work:

In technique, as in subject matter, Tabois enjoys setting himself a challenge. Just when everyone has grown accustomed to his brightly coloured 'synthetic' oil composition dominated by large figures, up he comes with a series of gently nostalgic narratives in watercolour, some of them barely tinted, so that the real underpinning, which is the pen drawing, has a chance to be seen. Moreover, he takes liberties in the matter of medium, introducing into his watercolours areas of sand carefully applies to an oil-painted base in order to produce the desired texture.

Never one to rest on his accolades, he refined his style and experimented constantly and persevered, even when some of his efforts were met with the disapproval of critics who felt he was abandoning his "naïve" style in favour of a more conventional realism that lacked the distinction and appeal of his earlier work.

Tabois always managed to maintain a unique voice and his persistent preoccupation with detail gave his later work a surreal quality in which light and form took on a life of their own. While he continued to paint country life, with an occasional portrait of figure composition, he also turned his attention to Jamaican history, of which he presented fanciful interpretations.

Despite the critical misgivings at certain points in his career, Tabois' steadfast dedication to perfecting his art won over new audiences, and the result of these efforts have been highlighted in this excerpt from his 2010 Silver Musgrave award citation:

Tabois (was) one of a mere handful of artists who exhibited in all three editions of the National Gallery of Jamaica's defining series of Intuitive Eye exhibitions staged in 1979, 1987 and in 2006. He [was] also one of very few artists whose work has been featured on Jamaican postage stamps. In 1986, his famous Road Menders was one of four works selected for the "Intuitive Painters" set of four stamps, thus Tabois joined Dunkley, Kapo and Sidney McLaren in the pantheon of Intuitive Masters. His John Canoe at Guanaboa Vale was used on the Christmas issue of 2002.

Being a recipient of first a Bronze (1992) and then a Silver Musgrave award (2010), he has been acknowledged as a major voice in the Jamaican artistic landscape. He was also honoured with a special tribute exhibition within the 2010 National Biennial, to mark his Silver Musgrave award.

The NGJ's board and staff extend their sincerest condolences to Mr Tabois' family and friends. Several of his works are on permanent view at the National Gallery.