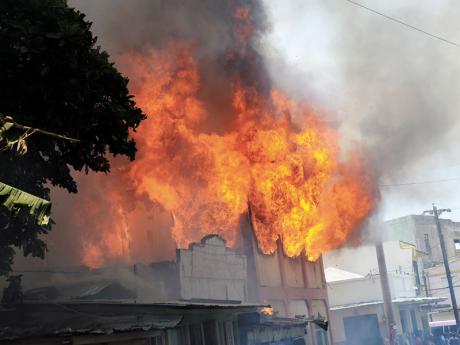 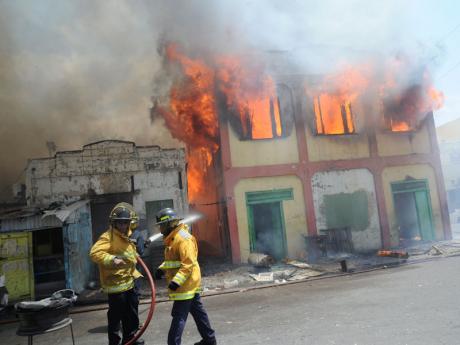 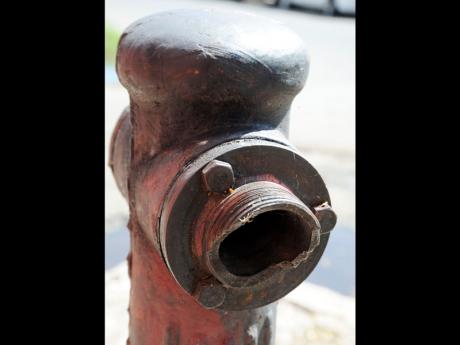 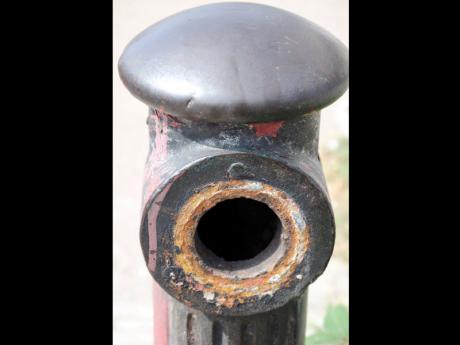 A hydrant without a nozzle on Spanish Town Road in Kingston.
1
2
3
4

Your nearest hydrant may not be working

Close to 40 per cent are in disrepair

A recent mapping survey conducted by the Jamaica Fire Brigade - in tandem with the National Water Commission - has revealed that close to 5,000 (roughly 40 per cent) of Jamaica's 13,000-strong network of fire hydrants are out of commission.

This means that almost 1,300 fire hydrants have fallen into the not-working line since the last survey was done six years ago.

Data contained in a report prepared by Assistant Commissioner Samuel McIntosh, the Brigade's chief fire-prevention officer, revealed that the number of fire hydrants across the island jumped by roughly 13 per cent from approximately 11,699 in 2006 to 13,207 in 2012.

The latest hydrant-mapping survey started in October 2011 and was estimated to take three months to complete. But the mapping programme was not completed until July this year.

According to the survey, some 62.8 per cent (or 8,288 fire hydrants) were adjudged to be in working condition.

"During the period 2006 to present, numerous reports were received of hydrants being in disrepair, knocked out or removed.

"In the same period, thousands of new hydrants were installed due to improvement on the road network or subdivision plans approved across the island," read a section of the report.

"It was, therefore, necessary for another survey to be done to get a more accurate count of the hydrants across the island," the report added.

Laurie Williams, commissioner of the Jamaica Fire Brigade, told The Sunday Gleaner that the fire service is concerned about the number of hydrants that are not working.

"That is why we currently have two teams permanently assigned to first carry out the light servicing that may be needed to bring the hydrant up to working condition or heavy repairs to correct the same on an ongoing basis," said Williams.

He added: "The fire hydrant is the first source that is visited to replenish the fire unit when there is a fire in an area. Therefore, if they are not working, a secondary source would need to be found and that might be a distance away."

Williams also advanced that there are clear and present dangers associated with leaving the scene of a fire to find a river, sea or another open source of water to refill the unit.

"Any delay in firefighting - be it at initial stage or during the extinction process - will allow the fire to expand and additional resources (units and workers) will need to be found to control a worse situation that could have been prevented if the nearest fire hydrant to the scene was working," he said.

The fire chief also told our news team that every Jamaican has an important role to play in the preservation of the hydrants.

He noted that the hydrants are sometimes placed in the not-working category after persons cover them with construction material and other debris.

Acts by some Jamaicans also disfigure the barrel of hydrants or damage the flanges.

"It is shown in these instances that the citizens have a key role to assist in keeping the hydrant in a working status and to report them if they are not working to the Brigade," said Williams.

However, the commissioner of the Jamaica Fire Brigade also pointed out that in some instances, wear and tear is responsible for non-functioning hydrants.

Williams also advanced that the country was in need of more hydrants.

"It is our hope that during the last quarter of this fiscal year and the start of the 2013-2014 fiscal year, we will be able to seriously reduce the number of fire hydrants that are listed as not working and to keep those that are working in good and ready-to-use condition," said Williams.

He told The Sunday Gleaner that the Jamaica Fire Brigade is in the process of procuring $2.5 million worth of hydrants.

The Jamaica Fire Brigade is urging Jamaicans not to:

Cover up the pillar and pit of fire hydrants.

Beat or damage the flanges of fire hydrants.

Attach domestic water pipes to the flanges of hydrants.

Stuff rubbish or small stones in the hydrants' barrels.