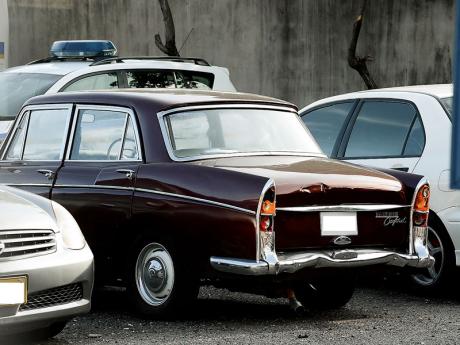 One of the vintage vehicles, a Morris Oxford, parked at the Police Transport & Repairs Division. 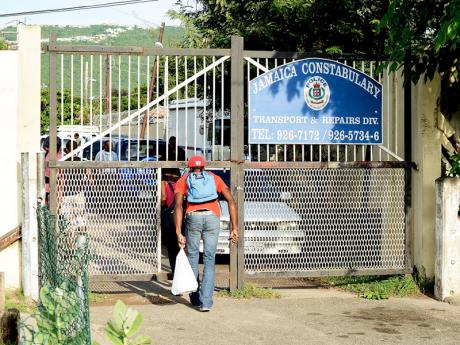 Auditor General Pamela Monroe Ellis' report tabled in Parliament last week confirmed an article published by The Sunday Gleaner almost two months earlier that all is not well in the maintenance of the motor vehicle fleet of the Jamaica Constabulary Force (JCF).

And like The Sunday Gleaner, Monroe Ellis was stumped in her quest to make all the matters public by claims of national security concerns.

According to Monroe Ellis, certain information was removed from her final report because of the Ministry of National Security's "concerns that the publication of this information could possibly compromise the integrity of an ongoing investigation".

In the case of The Sunday Gleaner's probe, the JCF told our news team, "we would wish to not divulge the names of the contracted garages at this time because the threat assessment at this time is high. As soon as this condition abates, we will be happy to provide that information."

The auditor general also confirmed that there were questions about the use of private garages and the repair of personal vehicles at the JCF's main garage Transport & Repairs (T&R).

The Sunday Gleaner had reported in an October 7 story that "the Police High Command has spent close to $400 million repairing vehicles at private garages over the past 18 months, but the force is not saying who owns these garages or where they are located".

On a visit to T&R, The Sunday Gleaner saw at least three antique cars - two Morris Oxfords and a Rover Coupe - parked on the property where they were allegedly being repaired.

A source, who was once stationed at the T&R, had reported that for years senior police officers have used the government-owned facility as their private garage without paying a cent for the work done on their personal cars.

A police corporal stationed at T&R had added that the Rover's paint job was done at the official police garage by the workmen at the facility.

He also claimed that the damaged Morris Oxford had been parked at the facility since February 2011.

The corporal said the vehicles were being worked on at the T&R by the workmen stationed there.

In her report, Monroe Ellis noted that the JCF engaged 68 job workers to undertake the repairs and servicing of its motor vehicles between April 2009 and December 2010 for amounts totalling $262.8 million.

The auditor general identified weak oversight of the repair and maintenance activity and control over new and used parts, resulting in inefficiencies. She added that this could also facilitate irregularities.

No traceable record of re-usable parts salvaged from old vehicles