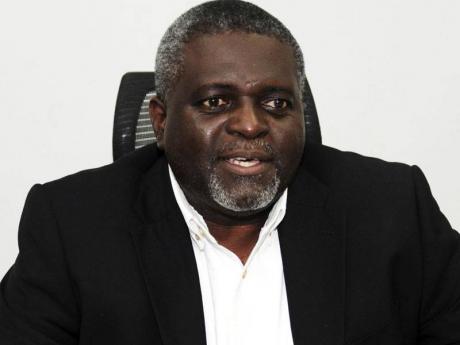 DR WESLEY Hughes' exit from the post of financial secretary is unlikely to impact the country's bid to ink an agreement with the International Monetary Fund (IMF).

Devon Rowe, the man who assumes the post today, told The Gleaner that a change in personnel at the ministry would not affect the discussions.

Jamaica is working towards inking an agreement with the IMF to assist it in unlocking budgetary support from development partners as well as financing from the international capital markets, which is currently unavailable to the country.

The country had signed a 27-month standby arrangement with the Fund in February 2010, but the programme went off track in late 2011.

Finance Minister Dr Peter Phillips has said the country is working towards a deal with the IMF by year-end.

Rowe, who has acted as financial secretary in the past, said he was not unfamiliar with IMF programmes.

He added, however, that given the global economic environment, "taking on the job of financial secretary will require the entire team of the Ministry of Finance to be consonant with addressing the challenge that we face".

Although reluctant to say much about the IMF discussions, Rowe said he was mindful of what would be required of him as financial secretary.

"I have been involved in it, not at the level of financial secretary up to now, but I have been participating with the discussions to the extent that I have been required to, and there are a range of people in the Ministry of Finance who are knowledgeable about all the various aspects, so we will be executing against it," Rowe said.

He told The Gleaner that as director general, he has been involved with some parts of the IMF programme and meeting conditionalities associated with them.

"I was also involved with restructuring of the ministry, putting in place arrangements for any form of restructuring that we need to do and overseeing that, and also trying to improve the operational efficiency of the ministry," Rowe said, while adding, "I am knowledgeable about what the Ministry of Finance requires."

Rowe's career in the public sector spans 32 years, starting in 1980 when he joined the Customs Department as a temporary clerk. He has served as deputy financial secretary for 11 years between September 1994 and December 2005. He also served as permanent secretary in the Ministry of Local Government and Environment for five years starting December 2005.

After three years as director general in the ministry, Rowe said he expects being the financial secretary to be a very sobering job.