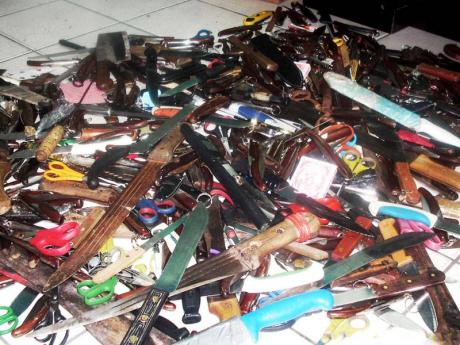 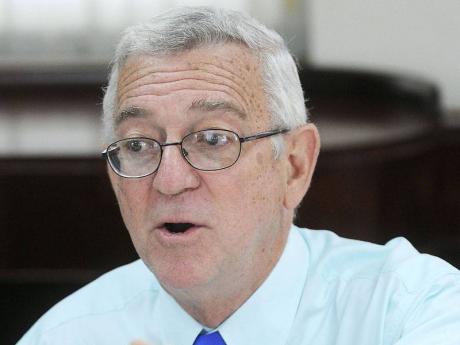 MORE THAN 600 weapons have been confiscated from students at educational institutions islandwide since the start of the year.

Constable Ricardo McCalpin, a school resource officer with the Safe Schools Programme, told The Gleaner yesterday that knives accounted for the majority of weapons seized between January and September this year.

"So far we have confiscated 403 knives, 37 ice picks, nine machetes and we have made 157 arrests from various schools islandwide and this is a mixture of both traditional and non-traditional high schools across the island," McCalpin told The Gleaner.

The statistics, which McCalpin claims are being collated for the first time, did not come as a shocker to Education Minister Ronald Thwaites.

"I am really not surprised because when you have a culture that uplifts reprisals, poor socialisation and a lack of male role models, you really can't expect our young people to do anything else than to defend themselves," Thwaites said.

The minister said he plans to continue having dialogue with the deans of discipline in schools in order to curb the level of violence in schools.

According to Thwaites, the society has to take stock of the message being transmitted to children. He argued that the media in particular has a role in curbing errant behaviours.

"There has to be some sort of control, especially with our social media, because this has had a huge impact on our young people. We have to make it our priority to produce more wholesome and positive programmes," the minister said.

Last Friday, Constable McCalpin, while speaking at a public lecture on gangs at the University of the West Indies, said there was an increase in the number of gangs in educational institutions across Jamaica.

"A lot of gangs are in these schools. Every school that we have been working with since the start of the year has a gang, mainly the non-traditional high schools. Many of them stem from the larger gangs that are in the communities," McCalpin said.

"Some of them are bad men in uniform. These are some of the youths who are firing the guns in their communities, and so when teachers talk to them they take it lightly and teachers can do little or nothing," the policeman said.

Yesterday, the lawman told The Gleaner that the Community Safety and Security Branch, under which the Safe Schools Programme falls, has been working assiduously to reduce violent conduct by students.

"We have been trying to put things in place to help these students so we have 922 students being monitored so far and 261 referrals, meaning they have been referred to psychologists, counsellors and relevant persons," McCalpin said.

He said mentorship programmes have been implemented in schools with a view to rescuing at-risk students.