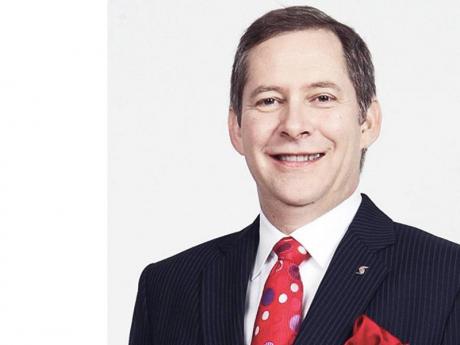 The Jamaica Bankers Association (JBA) is again urging the Government to push for an agreement with the United States to ease the costs faced by local financial institutions if they are to conform with the Foreign Account Tax Compliance Act (FATCA).

JBA President Bruce Bowen said the association continues to lobby for an inter-governmental agreement that would allow local financial institutions to report to a local competent authority rather than the Internal Revenue Service (IRS).

At the same time, Bowen pointed out, in an interview with Wednesday Business, that other countries were observing the progress of FATCA and its effectiveness in garnering more taxes for the US Treasury.

"The US is not the only country to recognise the importance of effective tax enforcement," Bowen said. "As such, other governments have been showing considerable interest in FATCA and whether it will be effective in accomplishing the objective of boosting the IRS's tax enforcement and collection."

The US Treasury said in a report in mid-November that it is actively engaged with more than 50 countries and jurisdictions to enter into inter-governmental agreements for compliance with FATCA provisions.

However, the Cayman Islands is the only listed Caribbean country with which negotiations are advanced. The Treasury Department said the first model was signed by the United Kingdom in September 2012.

It also indicated that both the Treasury Department and the IRS were looking to implement final FATCA regulations in the near term, and would continue reaching out to interested jurisdictions wishing to implement agreements with the US.

However, Bowen, president and chief executive officer of the Bank of Nova Scotia Jamaica, said: "It is too early to say whether other governments will enact similar legislation as FATCA. What we can say is that for some time there has been greater cross-border cooperation between sovereign states in the enforcement of national laws designed to crack down on tax evasion."

But evidence of this enhanced spirit of cross-border cooperation in tax enforcement has been seen in several international initiatives "such as the Organization for Economic Cooperation and Development's harmful tax practices initiative that was designed to combat tax evasion, level the playing field among sovereigns in tax policy, and facilitate better cooperation in tax matters", Bowen explained.

"It should be noted that the OECD launched that initiative in 1999, so the effort at greater international cooperation in this area has been with us for some time," he added.

Bowen said that along with its member banks, the JBA has been "holding training sessions for industry participants, having dialogue with local authorities on perceived challenges" and the best way to address the issues.

"We understand that the GOJ (Government of Jamaica) through a specially established CARICOM FATCA task force is engaging in dialogue with the US authorities," the JBA president said.

"Hopefully, these discussions will lead to an IGA (inter-governmental agreement) or some similar arrangement. An IGA between the GOJ and the US Government could also significantly reduce potential for legal challenges associated with attempts to comply with the FATCA reporting and withholding requirements," he explained.

Earlier this year, a senior manager with Ernst & Young quoted a price tag of US$30 million per financial institutions to implement the requirements of FATCA.

The law is expected to affect about 614 firms in Jamaica, including insurance companies, licensed securities dealers and collective investment schemes such as unit trusts and mutual funds.

"All impacted local financial institutions, once they have decided to comply with FATCA, will incur significant costs in putting in place systems to comply with the documentation, reporting and withholding requirements set out in this US law," the JBA president noted.

He cautioned that "in light of FATCA and other extraterritorial tax enforcement focused initiatives, it is important that those Jamaicans with dual citizenship or lawful resident status of another country make every effort to ensure that they are in full compliance with the relevant tax laws of the foreign countries where they have dual citizenship or legally reside."